Falcon and the Winter Soldier Season 2: Release date on Disney +? 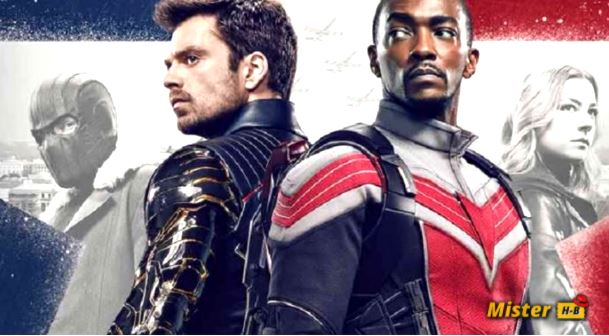 Falcon and the Winter Soldier Season 2

DISCOVER ALL THE NEWS ABOUT FALCON AND THE WINTER SOLDIER SEASON 2 ON DISNEY PLUS IN FRANCE! RELEASE DATE, RENEWAL, AND MORE…

Falcon and the Winter Soldier is available on Disney Plus! If you want to know when Season 2 will be released, read on! Marvel Studios boss Kevin Feige has appeared more optimistic about a possible Falcon and the Winter Soldier Season 2 compared to WandaVision. But the studio, which until this year had only made movies, is looking at future seasons of its growing list of Disney + series in the same way as movie sequels.

It looks like Marvel Studios is going to make it eligible for the Emmy Awards as a drama series. This means big news for the future of the series which will not compete with WandaVision in the limited series category. And also indicates that Falcon and the Winter Soldier could return to the MCU for a Season 2. We tell you more about Season 2 of Falcon and the Winter Soldier on Disney Plus!

WHAT IS THE RELEASE DATE FOR SEASON 2 OF FALCON AND THE WINTER SOLDIER ON DISNEY PLUS IN FRANCE?

The first season of Falcon and the Winter Soldier was released in mid-March before ending on April 23 after 6 episodes of approximately 50 minutes! In an interview, Kevin Faige said he hoped fans would see the potential a Season 2 could have. Everything suggests that our new favorite duo still isn’t over yet! While the renewal has yet to be announced but will likely happen, the Falcon and the Winter Soldier Season 2 release date remains just as unknown.

Given the next MCU movies in the works with lots of releases for 2021 and 2022. Chances are our heroes are involved in some of these movies and therefore busy filming. Given all of this, it looks like the Falcon and the Winter Soldier Season 2 release date on Disney Plus could be set for late 2022 or early 2023!

Assuming the Flag Smashers arc ends, we suspect Madame Hydra will pit John and perhaps other villains she recruits against Sam and Bucky in Season 2 of Falcon and the Winter Soldier.

Falcon and the Winter Soldier focuses on Captain America’s legacy and what that means in the modern age. So we expect these themes to be explored even more after Season 1 ends. For character development, Sam becoming Steve’s heir should bring us some interesting stories. While Bucky will surely continue to forgive himself for all his misdeeds as a Winter Soldier!

On the casting side, we’re hoping to reunite with the entire cast from Season 1. One cast member we’re pretty sure won’t return is Key Bennett, who played Lemar Hoskins before his character disappeared in the first season. Hoping to see Zémo and John Walker again who wore this first season!