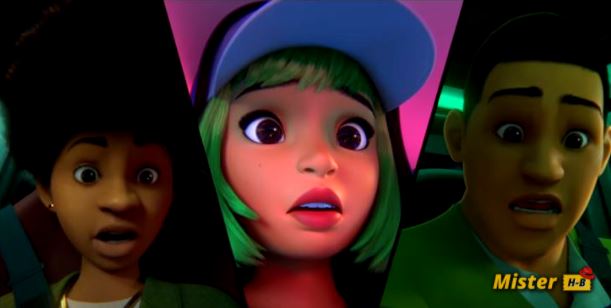 ALL THE NEWS ON SEASON 5 OF FAST AND FURIOUS SPIES IN THE RACE ON NETFLIX! DATE AND TIME OF EXIT AND MORE.

Fast and Furious The Spies in The Race is available on Netflix! If you want to know all about the Season 5 release, read on! It is an action-thriller animated series based on the Fast & Furious movie. The series follows a group of teenage street runners who become amateur spies. The series begins with the team who are hired to infiltrate a criminal gang.

In each season, we see them embark on a new adventure. Created by Bret Haaland and Tim Hedrick, the series made its first appearance on December 26, 2019, on Netflix. Viewers praised the sharp animation and action sequences. She has also amassed a dedicated fan base who appreciate how the animated series fits into the original film franchise. After watching four seasons on a loop. Fans can’t wait to see the release of Season 5 of Fast and Furious Spies in the Race!

WHAT IS THE RELEASE DATE AND TIME FOR FAST AND FURIOUS SEASON 5 OF THE SPIES IN THE RACE ON NETFLIX?

The fourth season was released on April 16, 2021, on Netflix! It consists of 8 episodes of about 20 minutes! Netflix and DreamWorks have yet to confirm that Fast & Furious Season 5 will take place. If Fast & Furious Season 5 takes place, its release will depend on the progress of production. Netflix hasn’t followed a pattern when it comes to releasing the show’s new seasons, so it could happen anytime.

If Season 5 production is already underway, the Fast and Furious Season 5 release date could be set for 2021. It’s just as likely that fans will have to wait until 2022 to see what happens next.

The story of Fast & Furious Season 5 could take many different directions as well. The end of Season 4 did not explicitly define the rest of Tony and his friends’ story, or the destination of their journey. The next season may pick up the unsolved plot of the Season 3 finale and bring back Cleve Kelso, the billionaire villain from Seasons 1 and 3.

The continuing feud between Kelso and Tony’s team would keep the series focused on their individual history and their corner of the world. Especially since the Fast & Furious film franchise is coming to an end.