For All Mankind Season 3: Release date on Apple TV +?

by Khaled H-B
in Uncategorized
1 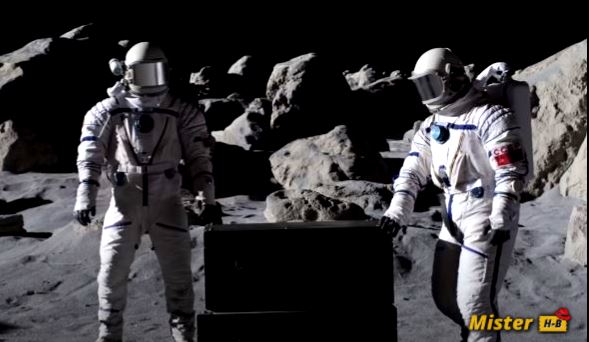 For All Mankind Season 3

DISCOVER ALL THE NEWS ABOUT FOR ALL MANKIND SEASON 3 ON APPLE TV +! RELEASE DATE, RENEWAL AND, MORE..

At first glance, For All Mankind seems like a straightforward series, steeped in the realism of the late 1960s space race. But with a twist of fate – the USSR landing on the moon first. quickly becomes closer to science fiction, imagining a world where the space race has intensified. Women became astronauts in the Nixon administration, and in the 1980s, NASA took refuge on the moon. Season 2 of For All Mankind focuses on how the Cold War spilled over onto these inhabited bases, unleashing a violent confrontation that put the fate of the world in jeopardy. If you want to know all about For All Mankind Season 3, read on! For more information about For All Mankind Season 2 How does the series end read this!

WHAT IS THE RELEASE DATE FOR SEASON 3 OF FOR ALL MANKIND ON APPLE TV +?

Season 2 of ‘For All Mankind‘ premiered February 19, 2021, on Apple TV +. She saw 10 episodes of about 1 hour! As for Season 3 of For All Mankind, we have some good news for the fans. The producers gave the green light to Season 3 even before its predecessor premiered.

Production of Season 3 of For All Mankind began at the end of February 2021. The duration between the first and second seasons was approximately thirteen months. Based on this assumption, we can expect the For All Mankind Season 3 release date to be set for early 2022.

At the end of the second season, the space race comes to a standstill with a peace deal between the Soviet Union and the United States. However, peace comes at a high price. Tracy and Gordo sacrifice themselves to prevent a nuclear meltdown on the moon as the Soviets attack the Jamestown base.

The successful launch of NASA’s Perseverance Rover points to some exciting proposals for Ronald Moore. He said the Mars mission will be an integral part of For All Mankind Season 3. Additionally, the third season will continue the story of characters that have yet to be fully explored. We can expect to see the journey of Molly Cobb struggling with her eyesight and the role of Ellen after the success of the Apollo-Soyuz mission averted a huge catastrophe.

In Season 3 of For All Mankind, Ed can be expected to deal with his filial issues and grief over the deaths of Gordo and Tracy. Danielle Poole might be there, as she is the commander of the Apollo-Soyuz mission. Even if the Cold War is over, for now, the rivalry between the two superpowers will likely be the backdrop for the third season.

It is factual Miller was essential to achieve peak contestant like Michael jordan but he was a massive contestant who kept worrying you in the online quest. It can be this cause that several followers of MJ didn’t like him and Miller was long considered the implacable foe for his counterpoint guarding towards and soiled converse and curt chance. But Michael Jordan, he not ever before seen of Miller such since this or he would not consult for Reggie Miller to his Jordan group. He admires the large bravery and resolve in Miller which Michael Jordan takes for the reason that important november 23 in NBA game.