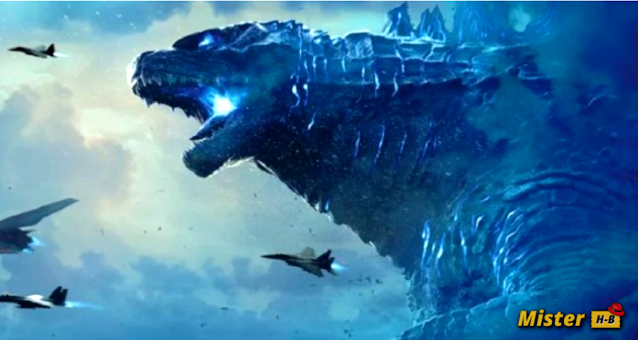 DISCOVER ALL THE INFOS CONCERNING GODZILLA 3! RELEASE DATE, SUITE OF GODZILLA VS KONG AND MORE.

Godzilla 2 was released in 2019! Since then, Godzilla VS Kong has put the monster back in the spotlight, if you want to know all about the release of Godzilla 3, read on!

The ending of Godzilla vs. Kong hints at the possibility of a Godzilla 3, and especially the character’s story continuation. Bringing Godzilla to Hollywood was a feat in itself, especially after the performance and general reception of the 1998 movie Godzilla. Considering that both the 2014 Godzilla and the 2019 Godzilla hit, it wasn’t. There’s no real reason for the MonsterVerse franchise to end here.

This latest movie concluded its story by making Godzilla the official King of the Monsters. But Godzilla vs Kong gives him two challengers, one in Kong and the other in Mechagodzilla. The Titan fights both in order to maintain control of his position. In retrospect, Godzilla‘s actions in the 2014 movie weren’t just about restoring balance, as Dr. Serizawa had said. But also to maintain his dominance as Titan Alpha. Presumably, his storyline will remain the same in the future unless Warner Bros. and Legendary Entertainment do not want to take any other direction. We tell you more about the release of Godzilla 3!

WHAT IS THE RELEASE DATE FOR GODZILLA 3?

Warner Bros. has not officially announced Godzilla 3, or any MonsterVerse movies after Godzilla vs. Kong. But there are sure to be more ideas in development. The MonsterVerse has taken its time so far, with just four movies released in the past seven years.

However, production is clearly picking up steam, with three years between Godzilla and Kong: Skull Island. Two years between Skull Island and Godzilla: King of the Monsters. And two years between King of the Monsters and Godzilla vs. Kong. If Godzilla 3 was announced, a director was found quickly and production began soon. It’s possible Warner Bros. could set a release date for Godzilla 3 for 2023. For now, let’s wait, but it’s sure after the success of the latest movie that a sequel will see the light of day. If you want to know if Godzilla VS Kong 2 will see the light of day, click here.

WHAT CAN WE EXPECT FROM THE NEXT MOVIE?

If Godzilla 3 were to see the light of day, the story would begin as Godzilla patrols his territory. It is not yet clear whether the new monster he fights will be another opponent, but it can be assumed that he will no longer face Ghidorah. The fact that Ghidorah is the ultimate villain in two back-to-back movies is more than enough for the MonsterVerse. So, rather than seeing Mech-King Ghidorah making a sudden appearance, the most logical option would be for Godzilla to fight Destoroyah.

In the Toho movies, it was revealed that Destoroyah was created by the mutation of crustaceans in the ocean by the oxygen destroyer. Onlookers may recall that the military used the MonsterVerse’s oxygen destroyer to attack Godzilla and Ghidorah in King of the Monsters, which left the ancient Titan on the brink of death.