Godzilla VS Kong 2: Release date? Is a sequel planned? 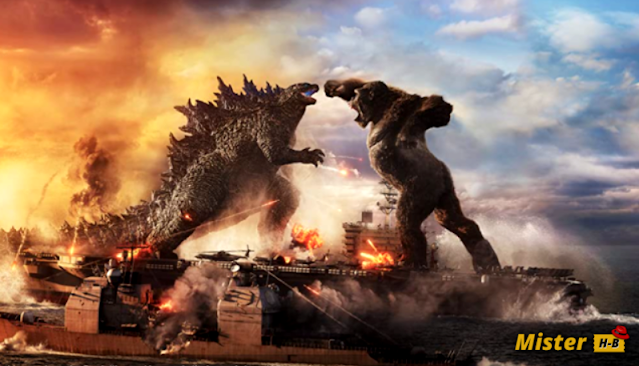 DISCOVER ALL THE INFOS CONCERNING THE GODZILLA VS KONG SUITE! RELEASE DATE, RENEWAL, AND MORE.

Directed by Adam Wingard and written by Eric Pearson and Max Borenstein, the film is an action-packed main event that is nothing less than a decisive championship wrestling match between two heavyweights. The thrilling and epic showdown between Kong and Godzilla is sure to leave fans craving for these two titans. If you’re looking for details on the sequel to Godzilla VS Kong or the upcoming episode, here’s everything we know about  Godzilla vs. Kong 2.

WHAT RELEASE DATE FOR GODZILLA VS KONG 2?

Currently, no renewal release is confirmed after Godzilla vs Kong. However, given that the film was a hit in international markets and was highly anticipated on HBO Max, it is evident that the franchise has a long way to go. Not only can Godzilla and Kong receive standalone sequels, but there’s also room for other monsters to join the fold, as well as a potential Godzilla vs Kong 2 follow-up.

If Godzilla vs Kong 2 were to see the light of day, it wouldn’t be released for several years. After all, it took nearly 60 years for Godzilla and King Kong to meet onscreen after the 1962 film. Right now, the focus would be on Godzilla 3 and Kong: Skull Island 2. Presumably, At the earliest, the Godzilla vs Kong 2 release date would be set for 2024. But then again, there’s no guarantee that a sequel is planned.

WHAT COULD HAPPEN IN THE GODZILLA VS KONG SUITE?

The story of Godzilla vs Kong 2 should, of course, be centered around Godzilla and Kong fighting one more time. Although Dr. Nathan Lind assumed that Kong won the fight in Hong Kong, Godzilla overpowered Kong and chose not to kill him. After Mechagodzilla’s defeat, Godzilla and Kong engaged in a bitter battle that ended in their separation.

The end of Godzilla VS Kong implies that the two Titans can exist independently and not encroach on each other’s realms. However, Godzilla vs Kong 2 could easily continue where the monsters left off. Either by making Kong return to the surface, or by bringing Godzilla into the Hollow Earth. In this way, Godzilla vs Kong 2 would be able to resolve the ancient conflict between the species of Godzilla and Kong.