Helstrom Season 1: Explanation of the End of the Disney Plus Series! 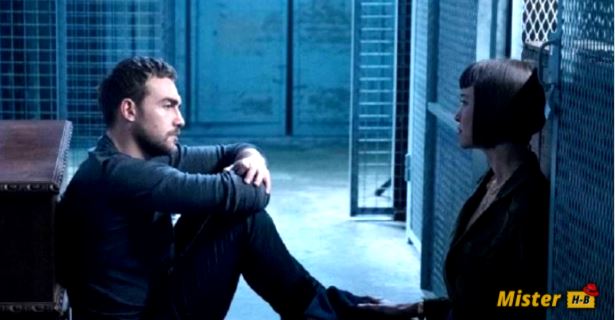 FIND THE HELSTROM SEASON 1 END EXPLANATION ON DISNEY PLUS!

Helstrom has arrived on Disney Plus Star in France! If you want the explanation of the end of Season 1, read on! The finale begins twenty years ago. Daimon feels lonely and thinks of jumping off a bridge. Memories run through his head as he leans over the edge. When he jumps, a strange force makes him levitate. And ironically, he landed in the water with a little splash.

Daimon is presumed dead at present and the institution wants to take him to the morgue. As for Gabriella, Louise and Victoria save her from the priest. Another demon enters and the Guardian stabs him directly in the chest. As the Guardian is about to be impaled by a fire pit, Louise intervenes. She ends up in the ambulance and the guard struggles to hold back tears. Before continuing, if you want to know all about a potential Season 2, read this. We tell you all about the end of Season 1 of Helstrom!

EXPLANATION OF THE END OF HELSTROM SEASON 1 ON DISNEY PLUS

Helstrom Season 1 comes to an end with a team almost reunited and more united than ever. Victoria Helstrom is freed from her demonic baggage and can express her gratitude to her children. Daimon and Ana are also on the same page. And the Helstrom’s eventually welcomed Daimon and Ana’s adoptive parents, Louise Hastings and the Guardian, into the family. But there are a few people who are cold with the Helstrom’s.

One of those outsiders is Gabriella, who hung up her clothes and joined the Blood organization. Let’s say she didn’t like being captured and forced to give birth to a new vessel for the demonic mother. Another stranger is Chris, Ana’s former associate, who broke into the Helstrom property and kidnapped the newborn / recipient.

A month later, we see Chris and a child preparing to board a ferry. We learn that he is the child of Gabriella and Daimon, who has grown by several years in a matter of weeks. This makes sense considering Gabriella went from zero to nine months pregnant in one day. But Chris isn’t the only person who wants the kid. A new player played by former X-Files Mitch Pileggi approaches them.

The child immediately recognizes him and calls him “Daddy”. He asks her real name, to which she replies “Lily”. He then takes Lily away from Chris, causing the humans around him to drop dead with his supernatural power. Who is this mysterious man? It is very likely to be Ana and Daimon’s, father. And since Helstrom is referred to as the “son of Satan” in the comics, it seems obvious that Pileggi is playing that role.