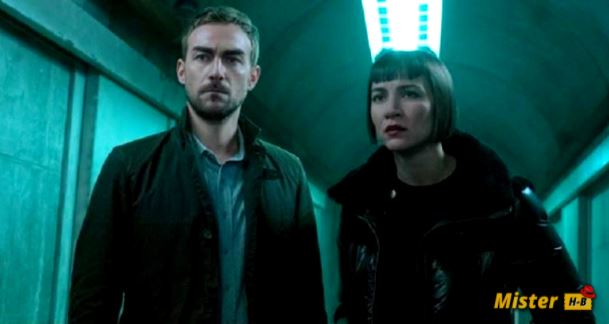 FIND ALL THE INFOS ABOUT HELSTROM SEASON 2 ON DISNEY PLUS! RELEASE DATE, RENEWAL, AND MORE…

Helstrom has arrived on Disney Plus Star in France! If you want to know all the info on Season 2, read on! The latest Marvel series on Disney + is very different from what we’ve seen before! Instead of superheroes, Helstrom takes viewers to the darkest corners of the Marvel Universe. So dark that you can’t expect to see any other Marvel Comics character in it.

The series follows siblings Daimon Helstrom and Ana Helstrom, the children of a vile and violent serial killer who are cursed with strange and frightening abilities. To make matters worse, their mother is demon-possessed, and more demons are appearing! If you have completed the first season, then you probably want to know everything about Helstrom Season 2 on Disney Plus!

If Marvel Studios are having considerable success with their theatrical films. Their work on the small screen has yielded mixed results. Hulu has already canceled the Marvel series, Helstrom, after only a 10-episode season. So you won’t be seeing Helstrom Season 2 on Disney Plus anytime soon.

Helstrom received somewhat negative reviews, with critics finding the characters and story bland, but praising the show’s visual appeal. Hulu has been linked with other canceled Marvel TV projects that never saw the light of day, including Ghost Rider and two animated series, Howard the Duck and Tigra & Dazzler. Hulu has two more upcoming Marvel series, MODOK, and Hit-Monkey, which are slated to debut in the first half of 2021. You got it, if you were a fan of Helstrom that’s bad news because Season 2 will never see the light of day on Disney anymore. However, new content is coming soon!

i wish to have another watch one of ma best best shows…..