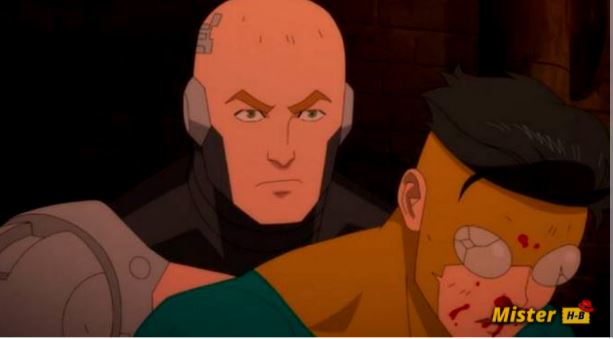 DISCOVER ALL THE NEWS ABOUT INVINCIBLE EPISODE 7 ON AMAZON PRIME VIDEO!

Invincible is available on Amazon Prime Video! If you want to know all about Episode 7, read on! Invincible is an adult superhero animated television series created by Robert Kirkman and directed by Jeff Allen. This series is the perfect blend of action, drama, suspense, and superheroes. It is based on the comic book character of the same name, Invincible, by Robert Kirkman. So far, six episodes have aired in Season 1 of the series. Official team members have announced that the season will end with the airing of the next two episodes.

The animated series received a lot of positive reviews from viewers. The story follows 17-year-old Mark Grayson, a typical teenager except that his father, Nolan is the most powerful superhero in the world. Mark begins to develop his abilities soon after his seventeenth birthday and comes under his father’s tutelage. If you want to know all about the release of Episode 7 of Invincible on Amazon Prime Video, read on!

WHAT DATE AND RELEASE TIME FOR EPISODE 7 OF INVINCIBLE ON AMAZON PRIME VIDEO?

At the end of the previous episode, Nolan keeps his composure watching her go, this air of serenity quickly dissipates when he crushes the bottle of wine he still holds in his hands, then he makes a hole in the wall. and sits down to think about what to do next.

We get a post-credits scene of Steve stepson Matt and a friend trying to dig up the immortal from his resting place. They are testing the rumor online that the Immortal’s drink will bestow its powers on their ridiculous plans are dashed by the arrival of the Mauler Twin who has come to put the previously planned insurance plan into action and it is the end of this episode. We will know more about the rest of the adventure in episode 7 of Invincible!