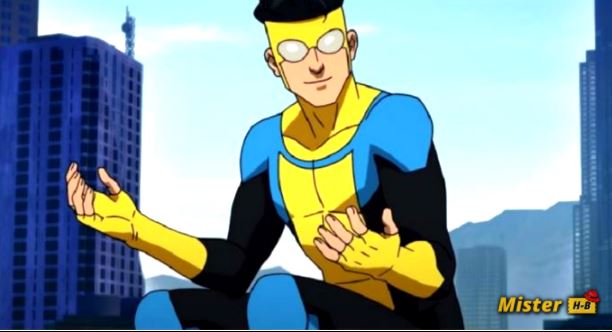 DISCOVER ALL THE NEWS ABOUT INVINCIBLE EPISODE 8 ON AMAZON PRIME VIDEO!

Invincible is available on Amazon Prime Video! If you want to know all about Episode 8, read on! Episode 8 of Invincible will be the finale of the series, and the series will answer the most lingering question: Why did Omni-Man kill the Guardians of the Globe?

The series, which is based on the popular comic book franchise of the same name, tells the story of Mark Grayson. At first, Mark seems like an ordinary teenager. Except for the fact that his father Nolan is the most powerful superhero in the world. Things start to change for Mark after his 17th birthday, as it quickly becomes apparent that he is developing his own superpowers and must look to his father for guidance. We tell you all about the release of Episode 8 of Invincible on Amazon Prime Video!

WHAT IS THE RELEASE DATE AND TIME FOR EPISODE 8 OF INVINCIBLE ON AMAZON PRIME VIDEO?

In episode 8 of Invincible, Omni-Man will finally have to face his son. And not only to reveal that he killed the Globe Guardians, but also to explain why. In the previous episode, Invincible unwittingly helped his father defeat a monster that had been put in his way to stop his murderous madness. And then he saw his father kill the revived body of Immortal.

After Invincible watches Omni-Man tears Immortal in two, it becomes apparent that not everything is perfect within his superhero family. The last episode ended just as Omni-Man was about to reveal the reason for his actions. Invincible will then have to decide whether to oppose his father or fight alongside him.