Invincible Season 2: When to release on Amazon Prime Video? 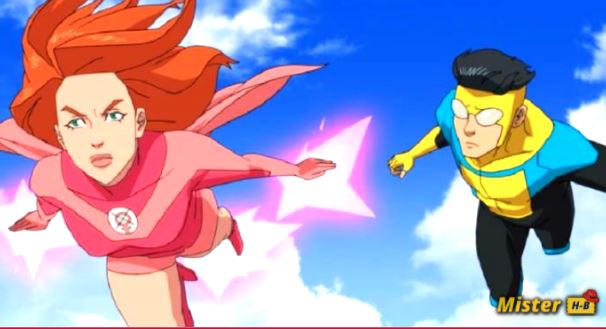 DISCOVER ALL THE INFOS CONCERNING THE SEASON 2 OF INVINCIBLE ON AMAZON PRIME VIDEO! RELEASE DATE, RENEWAL, AND MORE.

Invincible is available on Amazon Prime Video! If you want to know all about Season 2, read on! The eight-episode animated program is based on Kirkman’s comic book series of the same name and officially launched on the streamer on Friday, March 26.

Invincible is a superhero anime unlike anything seen in the genre before, mixing a retro animated aesthetic with a deep story and a healthy dose of violence to boot. The story follows teenage Mark Grayson struggling to strike a balance between a seemingly normal high school life and the recent discovery that, like his superhero father Omni-Man, he too has some extraordinary abilities.

WHAT RELEASE DATE FOR SEASON 2 OF INVINCIBLE ON AMAZON PRIME VIDEO?

Invincible has yet to be renewed for a Season 2 on Amazon Prime Video. At the time Amazon got the series, it was only scheduled for one season. If success is there, and it looks like it is, there will likely be a sequel because the source material has been on the air for 15 years.

While no official renewal announcement has been made, Invincible creator Robert Kirkman says he may already be working on Season 2 of his new superhero series on Amazon. We suspect that a sequel will be released soon. If the series is renewed soon, the release date of Season 2 of Invincible should be set for sometime in 2022 on Amazon Prime Video!

WHO WILL COME BACK FOR THE CONTINUATION OF THE ANIMATED?

It is still too early to know who, among the cast of Season 1, will return in Season 2 of Invincible. The safest bets are Steven Yeun and J.K. Simmons as Mark Grayson / Invincible and Omni-Man, respectively, as they are the main stars of what could be a long-term series. It is also possible that new characters will be played by new actors in the series. But nothing on this front is publicly known.