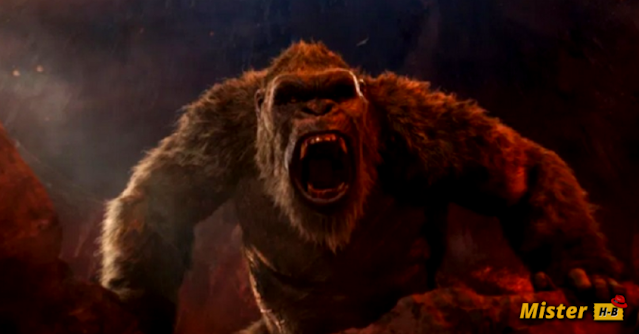 DISCOVER ALL THE NEWS CONCERNING KONG 2! RELEASE DATE, SUITE OF GODZILLA VS KONG AND MORE.

Kong Skull Island was released in 2017! Since Godzilla VS Kong has put the gorilla back in the spotlight, if you want to know when Kong 2 will be released, read on! Godzilla vs Kong sets up a new story for Kong in the MonsterVerse. Although Kong 2 is unlikely to be Kong: Skull Island 2.

Although the Adam Wingard movie begins with Godzilla in the title and is fundamentally about the two monsters of the Warner Bros. franchise. and Legendary Entertainment. The film is truly Kong’s story from the opening shot on Skull Island to the final scene in Hollow Earth. Godzilla vs Kong is the story of how Kong finds his place in the world and ultimately his home.

Kong’s history in the MonsterVerse after the events of Kong: Skull Island, which took place in 1973, is largely unknown. Monarch eventually returned to the island and set up a research station there, which would later become a biodome used to contain Kong. Over time, Kong grew and the biodome could no longer keep him at bay. Nathan Lind and Apex Cybernetics to explore Hollow Earth, Kong was kidnapped from Skull Island and brought to the Hollow Earth Entrance Station in Antarctica. For a detailed explanation of the Godzilla VS Kong ending, read this.

Since the latter’s end, Kong is no longer Godzilla’s target. Neither monster is a threat to the other. As Godzilla remains above the surface, patrolling his domain in the water. Kong is now the King of the Hollow Earth. So if there was to be a Kong 2 movie, it wouldn’t be Kong: Skull Island, but rather a Kong: Hollow Earth-type story. We tell you more!

WHAT RELEASE DATE FOR KONG 2?

At this time, no renewal announcements have been made for a Kong 2 movie. What we can observe, however, is the narrowing of the time between each Kong movie and Godzilla. Before 3 to 4 years separated films, now we are around 2 years. We see a will from Warner Bros. and Legendary Entertainment to release more movies consistently much like the MCU or DC. With that in mind, we could have a release date for Kong 2 for 2023, if a renewal comes quickly. If you’re interested in releasing a Godzilla 3 movie or a Godzilla VS Kong 2 movie, it’s here!

Until the release of Godzilla vs Kong, Kong was never a king. Despite what Hank Marlow said about his rule on Skull Island in the 2017 film. However, that has now changed, as he is officially King Kong of the Hollow Earth. His ancestors defeated the other Hollow Earth monsters and used the ax as a weapon. Just like Kong regularly uses a spear on Skull Island. Given the throne on which he sits and the fact that Monarque has set up a new observation station in the Hollow Earth. The Kong 2 movie would likely follow him to this new region.

In a way, Kong 2 could look like Godzilla: King of the Monsters. But with Kong struggling for dominance in his new domain. Much of the Hollow Earth remains a mystery. Especially the monsters that live there apart from the Nozuki and Warbat species. Kong 2 could easily immerse himself in exploring the underworld, the days when Kong was king, the other monsters that live there, and those who present a challenge to Kong.