LDC 2021: On which channel to watch PSG – Manchester City? Streaming? 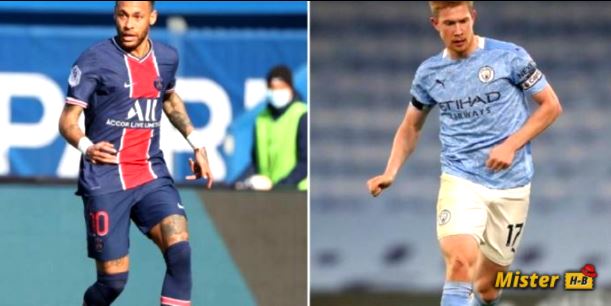 Two clubs that have always failed in the UEFA Champions League face each other in the semi-finals of the tournament tonight. One thing is certain: Paris St-Germain or Manchester City will take part in the Champions League final. The nerves of Parisians and Manchesters will be strained as PSG and City try to lift their first European Cup. For those regulars in the championship, the Champions League is less of a trophy than a grail.

The PSG – Man City match brings together two-star teams in a meeting that could be rich in goals. Faced with the aggressive pressing of Manchester City, you have to have the courage to play back. Verratti and Neymar are great at absorbing pressure, beating that pressure, and holding the ball, something which Spurs failed to do at Wembley. Likewise, Manchester City’s tendency to dominate time on the ball and territory as Mbappe’s speed will be a constant threat on the block. His ability to get behind the Premier League leader’s high defensive line will be one of the keys to this game.

The French forward may be in the best shape of his life. His future is still uncertain in Paris, but there is a growing sense that he will stay at the club where he has been unstoppable for two months. He has scored 19 goals in his last 14 games for Paris, with a hat-trick and seven doubles, including one last weekend against Metz. If you want to know what time PSG – Manchester City will start and where to watch it streaming, read on!

ON WHICH CHANNEL TO WATCH PARIS SAINT GERMAIN – MANCHESTER CITY ON APRIL 28,2021?

The match will be broadcast in the US by ZonaFutbol, TUDN USA, TUDN.com, TUDN App, and Paramount+

WHERE TO WATCH IN PSG – CITY STREAMING?

If you do not have an RMC Sports subscription then you would like to know where you can watch the PSG – Manchester City game. We don’t advise you to do this, instead, pay to help the channels. However, you will be able to find PSG – Manchester City on many streaming sites, including stream sport.