Love and Monsters: Explanation of the end! Who is the real monster? 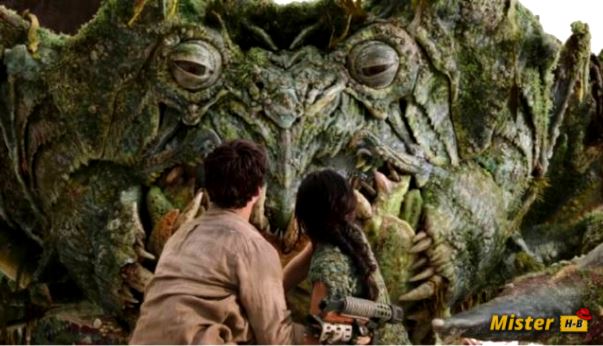 FIND THE EXPLANATION OF THE END OF LOVE AND MONSTERS ON NETFLIX!

Love and Monsters are available on Netflix! If you want to know the full explanation at the end, read on! Love and Monsters stars Dylan O’Brien and tells the story of Joel Dawson. Joel has spent the past seven years living in a monster apocalypse, trying to survive and adjust to his new bunker life. Joel was a teenager when this all happened.

And at only 24 he is still facing a little developmental stoppage. Joel decides to embark on a great adventure to find his high school girlfriend, Aimee. If you have any questions regarding the Love and Monsters ending, read on! If you want to know all about the release of a sequel, read this.

EXPLANATION OF THE END OF LOVE AND MONSTERS

The ending of Love and Monsters shows the reunion between Aimee and Joel. But the party is cut short by the revelation that Cap is not as nice as he initially made him think. As it turns out, he and his crew toured many settlements to steal their supplies and kill anyone in their path. They plan to do the same for Aimee’s group. But luckily they have Joel with them, who learned a lot about how to be a leader and a warrior earlier in the movie. This results in a final confrontation with Cap’s giant crab, which the mercenary uses to transport his ship, but something interesting happens during this encounter.

Joel decides to free the crab after looking into his eyes and realizing that he is not hostile. It’s a highlight because it changes what we as viewers have come to believe about these monsters throughout the film. These creatures are not necessarily bad. These are animals that now can eat humans and destroy buildings. You probably still don’t want to come face to face with a Sand-Gobbler. But they’re not deliberately malicious like Cap and his team.

Cap could have worked with one of the settlements, but instead, he kills all the other humans in his path to have more resources for himself. He probably killed as many humans as he did monsters when he had absolutely no reason to. Like the best sci-fi movies that came before it, Love and Monsters use a high-concept storyline to reveal something intrinsic about human nature.

WHAT DOES LOVE AND MONSTERS LOVE MEAN?

Joel’s entire journey is to find Aimee so that he can be like all the other members of his colony who are dating. He hasn’t lost the love for his ex-girlfriend, and when he finally sees her, he expects her to be as happy as he is. She’s not disappointed to see it or anything, but it’s obvious that all the emotions that were there have taken a bit of a turn for the worse.

From their conversations, we learn that Aimee had a relationship with someone else between the time they were separated and the time they were reunited. This person has passed away and is still struggling with his death. The problem with coming home is that Joel is pretty much the same person he was seven years ago as Aimee grew up.

It’s easy for people to romanticize too much the relationships they had when they were younger. Over time, you may start to wonder what it would be like to find that special someone, but that is a mistake. People are supposed to change, and there’s a good chance that if it didn’t work out once. It won’t work again, as you both have had unique experiences that have taken you to different places in life.

Love and Monsters show how love can lead people to amazing achievements, but it is also an ever-changing presence that takes different forms throughout a person’s life.