Madame Claude: All the details about the true story! 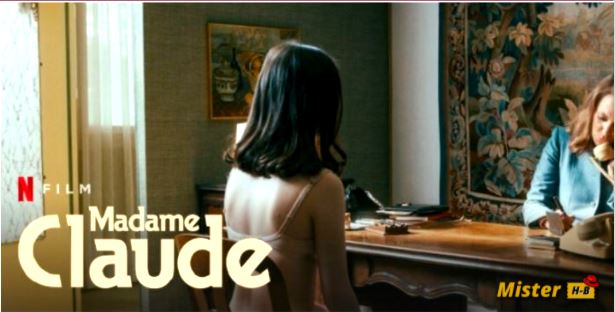 DISCOVER ALL THE NEWS ABOUT MADAME CLAUDE’S TRUE STORY ON NETFLIX! CREATION OF HIS EMPIRE, DEATH ETC.

Madame Claude is available on Netflix! If you want to know all about the true story that inspired the movie, read on! There are two things people will always pay for sex and food. ” These are the words that the infamous Fernande Grudet, alias Madame Claude, would have said during her lifetime. That’s certainly an interesting perspective, one that the movie draws on throughout this slow-paced biopic.

With her strong themes, gorgeous sets, and decent playing, Madame Claude has all the ingredients to be a sure hit. Sadly, the movie is also hampered by a painfully slow pace which at times makes the movie numb. If Madame Claude interests you, we’ll tell you more about the true story that inspired the Netflix movie!. If you want to learn more about the explanation of the end of the Netflix movie, read this.

THE TRUE STORY OF MADAME CLAUDE ON NETFLIX!

Madame Claude is based on a true story. This is a biographical movie loosely based on the life of Fernande Grudet, also known by the nickname Madame Claude, whom she proudly wore. Fernande Grudet was born on July 6, 1923, in Angers, France, and much of her past before her rise to lead a network of France’s top call girls is controversial information. Claudius indulged in self-idolatry and often told lies to manipulate his public image to his advantage.

Madame Claude’s difficult-to-trace past adds water to the mill of her mythical status. It has been widely reported that in her memoirs Madame Claude claimed to be the daughter of an aristocrat and to have received an education in a convent. She also joined the Resistance during World War II and survived in a Nazi extermination camp.

It has also been claimed that Claude came from a modest family, but found herself in bad company when she arrived in Paris and began working as a prostitute. She built her sex empire from scratch in the 1960s, at 32 rue de Boulainvilliers in the 16th arrondissement of Paris, a particularly upscale part of the city. She selected call girls nicknamed “Claudettes” or “Swans” and claimed to be selling experience and not just sex, which set her establishment apart from others.

Among his most prominent clients are French politicians like John F. Kennedy, the Shah of Iran, and former Fiat boss Gianni Agnelli, among others. Madame Claude frequently flirted with law enforcement and avoided trouble by passing on important information obtained by her daughters from her clients to the police and other authorities. His proteges were reportedly recruited by the CIA in 1973 to “keep morale up” during the Paris peace agreement.

The late 1970s marked a tumultuous period in her life, as she was shot dead by one of the sex workers and accused of tax evasion. She moved to California and tried to emulate her Hollywood business model, with moderate success. On her return to France in 1986, she was imprisoned for four months. In 1992, she tried to relaunch her old business and was arrested again, spending several more months in prison before her trial. Fernande Grudet died on December 19, 2015, at the age of 92.