Madame Claude: Explanation of the end of the Netflix movie! Tariffs, Death, and More. 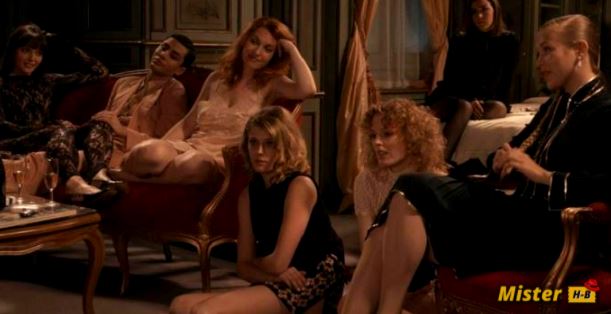 DISCOVER THE EXPLANATION OF THE END OF MADAME CLAUDE ON NETFLIX! CAUSE OF DEATH, PRICES FOR CLAUDETTE AND MORE.

Madame Claude is available on Netflix! If you want to know the explanation for Madame Claude’s end, read on! The last Netflix movie based on a true story has arrived, and it’s one of the most outrageous yet. Madame Claude centers on the infamous brothel owner whose real name was Fernande Grudet. She rose to prominence in the 1960s as the leader of a network of French call girls especially aimed at foreign dignitaries and political figures.

One thing about his past is certain. After the war, she set up an exclusive prostitution business in Paris that lasted for at least a decade. In the 1960s, Fernande ran a brothel in the 16th arrondissement of Paris. An arrondissement is an administrative district, and the 16th was one of the favorite places of residence of high society.

Through the interference of the intelligence services, the fallout from the Markov affair, and the general political turmoil of Gaullism at the end of the 1960s and 1970s. Fernande Grudet sees her sexual empire threatened with ruin and herself faced with disgrace public. Before continuing, if you want to learn more about the true story, read this.

EXPLANATION OF THE END OF MADAME CLAUDE

Like many powerful people from humble backgrounds, Fernande Grudet was known to self-mythologize, but Madame Claude adopts wordy storytelling that lacks much of the true-false mystery of the real story. The controversial aspects of his past are not discussed or are skimmed over. The film is primarily concerned with the present, presenting Grudet at the height of his success, with his most fully-formed ideology, and then letting it all fall apart thanks to state interference.

The end of Madame Claude is a succession of sequences, close to a montage, detailing what happened to her after being accused of tax evasion and having fled France for America, before being deported to France to be arrested, in a charming little irony, by the first female police lieutenant. In all of this, Fernande Grudet left behind her neglected and pregnant biological daughter.

The script of the movie entrusts Sidonie, one of her atypical call girls, with the role of the surrogate girl and at the end of Madame Claude, we see her say to Fernande Grudet, during a phone call, that she left because she was afraid that Fernande Grudet would hurt her as she hurt others and herself. She nevertheless thanks Madame for all she has done for her and tells her that she loves her, as we see an older, gray-haired Fernande Grudet strolling on a beach. at the age of 92. She has died

HOW DID MADAME CLAUDE AND HOW MUCH MONEY IT COST?

Madame Claude’s clients spent over € 2,000 to spend an evening with her call girls, who were recruited and prepared for this task. Madame Claude often hand-picked her call girls and taught them good manners, had them undergo plastic surgery, and gave them advice on etiquette. “If I have to choose between a nymphomaniac and an intellectual, I will hire the intellectual,” wrote Madame Claude in a book published in 1986.

Unfortunately, Madame Claude spent 2013-2015 hospitalized and was “very tired”. Madame Claude died of natural causes at the age of 92 in Nice, France on December 19, 2015. During her later years, she lived as a recluse on the French Riviera and moved away from her only child, a girl.