MASTER OF NONE SEASON 3: RELEASE DATE WITH A TRAILER 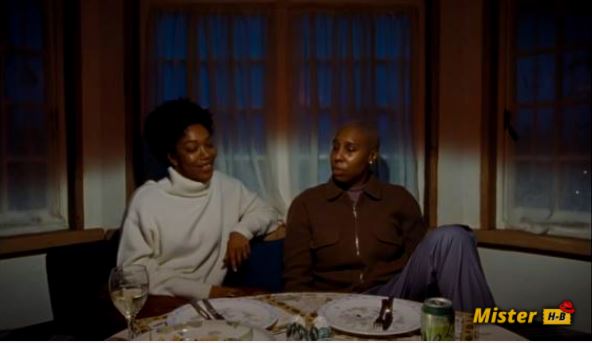 MASTER OF NONE SEASON 3

Aziz Ansari and Alan Yang’s Master of None series first aired on Netflix in 2015, while the second season was released in 2017. Although it ended on a pretty big cliffhanger, Aziz Ansari did decide to take a break from working on the series. Until last year, when production began undercover for the third season. As of today, April 26th, the Master of None Season 3 trailer has been released and it looks like it’s a whole different series. At the same time, Netflix has communicated the official release date of season 3 of Master of None.

Instead of following Aziz Ansari, who plays aspiring actor Dev Shah, and Eric Wareheim, who plays Arnold Baumheiser, Master of None season 3 will focus on recurring character Denise, played by Lena Waithe. From the trailer, it looks like the new season will focus exclusively on the character of Lena Waithe and her thriving relationship with her partner Alicia, played by Naomi Ackie.

According to the credits, Lena Waithe is co-writing the new season alongside Aziz Ansari, who directed all episodes. Unfortunately, the long-awaited third season will only feature five episodes, instead of the ten aired for each of the first two seasons. But hey, we’re not gonna complain when we thought there would never be any new episodes.

The first season of Master of None followed Dev Aziz Ansari as he navigated New York City, in an acting career and on the dating scene. The series was a huge hit for Netflix, winning a number of awards including three Emmys and a Golden Globe. The second season saw Dev and his “big mate” Arnold gallop through Italy before returning to New York. Season 2 ended with a pretty intense cliffhanger, leaving fans in search of answers.

However, Aziz Ansari was adamant that he had taken a “fairly long break” from the series after the release of Season 2. According to the actor, he needed to make some major changes in his life before returning. for season 3, which is understandable. While we loved seeing Dev frolicking around New York City, we would like the show to explore more of the personal side of romance, which was the case at the end of Season 2, right up to the cliffhanger.

It doesn’t look like fans will get a ton of answers in terms of Dev’s relationship status in Season 3 of Master of None but they’ll be able to see what Denise has been up to all this time. Hopefully, Aziz Ansari and Lena Waithe can lean on the more romantic side of things because I think that’s where the series really shines. Make no mistake, the comedy is great, but the show’s best moments are rooted in the romantic relationships of its characters.

We can check out the highly anticipated Master of None season 3 when it hits Netflix on May 23, 2021. If you haven’t had a chance to watch the first two seasons, now is a great time to dive in beforehand. season 3. And, as Dev would say, Allora!