No Season 2 for The Right Stuff , Mission Mercury stops at Disney + 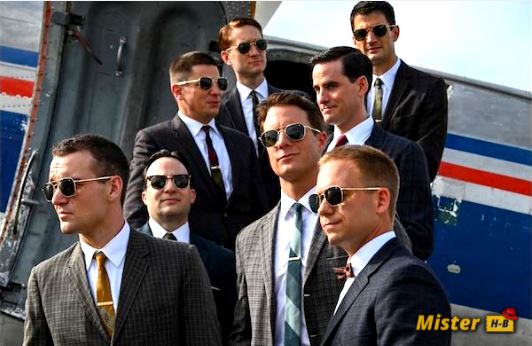 No Season 2 for The Right Stuff

The Mercury Mission ends there on Disney + which has just announced the cancellation of The Right Stuff, or The Stuff of Heroes Home, which will therefore not see a season 2.

Warner Bros. Television, the studio behind The Right Stuff, has yet to say its last word and seems determined to sell the series to another channel, with TNT and HBO Max as potential targets for the moment. According to Deadline, the acting contract was about to end, and WBTV has requested a two-week extension to see if it can find another home on the show.

One would have thought, to a certain degree, that The Right Stuff’s future was more or less assured when it was announced that the series had received $ 13.7 million to leave Florida and come to California to shoot season 2. This was the fourth-largest sum of money ever awarded under this framework.

Disney + has nevertheless decided not to proceed after multiple discussions with the studio to determine the creative direction of the series. And, of course, if we don’t have any numbers, it looks like The Right Stuff was delivering modest performance for the platform.

It all started at the height of the Cold War with NASA developing its plan to go into space. The men selected to participate instantly became American heroes. Under the gaze of the country, they must surpass themselves and persevere to accomplish their mission. Note, however, that the more than notable absence of Chuck Yeager from this adaptation. Read our review of this season 1 to find out more.

To learn more about Mission Mercury, of course, you can read Tom Wolfe’s book and watch his film adaptation. To go even further in the conquest of space, you can naturally turn to the classic miniseries From the Earth to the Moon.

As a reminder, The Right Stuff is a new adaptation of the famous book by Tom Wolfe and traces the history of the pioneers of the American space conquest. More specifically, the series written by Mark Lafferty looks at the true stories of seven astronauts who participated in the Mercury program.