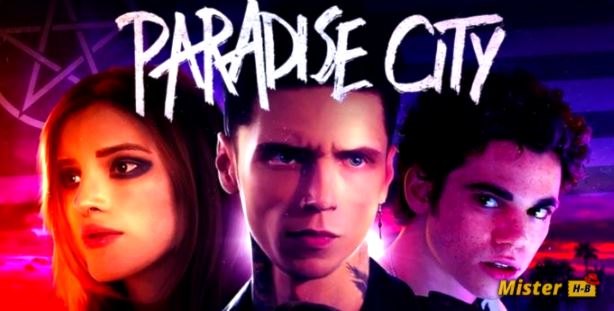 The series follows the lives of the musicians of the fictional American Satan band, The Relentless, and their relationships with various people they meet. Paradise City features a star cast in addition to the return of many American Satan characters. Andy Biersack of Black Veil Brides, Ben Bruce of Asking Alexandria, Randy Blythe of Lamb of God,v and Sid Wilson of Slipknot are among the many musicians who have roles in the series. Mark Boone Junior, Drea de Matteo, and Ryan Hurst of Sons of Anarchy also appear in the series. If you have already completed the first season, then you probably want to know everything about Season 2 of Paradise city on Amazon Prime Video!

WHAT IS THE RELEASE DATE FOR PARADISE CITY SEASON 2 ON AMAZON PRIME VIDEO?
We have good news for fans of the series! Paradise City has been renewed for a Season 2 on Amazon Prime Video! Season 2 is already in production. While no official release date has yet been disclosed. We expect Paradise City Season 2 release date to be set for March 2022 on Amazon Prime Video, one year after the first season has been released!

WHAT CAN WE EXPECT FROM THE PARADISE CITY SUITE?

Currently, no information has been leaked regarding the synopsis for Season 2 of Paradise city. The series will pick up where it left off, which is at the end of the first season. We will always follow our group trying to climb while facing specific everyday problems!