Ride or Die: Explanation of the end of the Netflix movie! Police, couple and more… 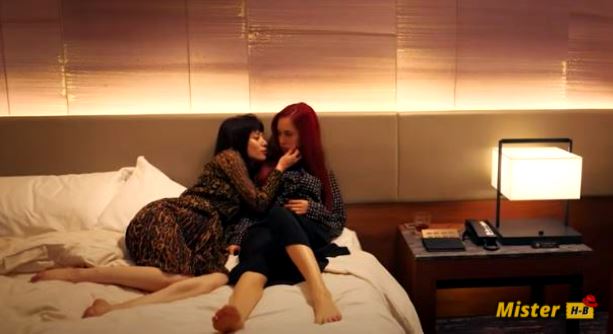 FIND THE EXPLANATION OF THE END IN DETAILS OF RIDE OR DIE ON NETFLIX! ARE RAE & NANAE ENDING TOGETHER?

Ride or Die is available on Netflix! If you want to know the explanation for the ending, read on! Based on a popular manga series by Nakamura Ching called “Gunjo,” Ride Or Die has just launched on Netflix. This Japanese movie is very non-linear and you might wonder what happened in between?

So don’t worry, we’ve got you covered. Ride or Die needs a change of pace from modern cinemas. It will be really useful to move away from these kinds of movies. The movie certainly won’t take you the obvious path, so let’s waste no time and get right into explaining the ending of Ride Or Die.

EXPLANATION OF THE END OF RIDE OR DIE

Rei comes from a wealthy family who has not come to terms with her sexuality. On the other hand, Nanae comes from a very poor family where she was used to selling her body to have a good life. They are two different souls who have found themselves together. Having been abused all her life, Nanae always believed that her husband had to die one day and, being a true lover of Nanae, Rei wanted only her no matter what, whether mentally or physically. It kept them from thinking with their minds. And that’s why no one can be considered a bad person here. The heart wants what it wants, right?

One thing that came to everyone’s mind was that Nanae fell in love with Rei when it was just a deal? When Nanae thought that if something happened after the murder Rei could stay in jail for the murder, she might not be in love with her at the time, but the chemistry at the end of Ride or Die hinted that she had fallen in love with her.

In Ride or Die, Hiroki waits for the last act before letting his protagonists get intimate. When that moment arrives, it is purgative not only for the characters but also for the spectators. In this moment of intimacy, the two protagonists find themselves ready to face death. But Rei makes a relatively hopeful choice for the two of them and calls the police. For Rei, Nanae is the person she is willing to do anything for. Rei once again makes the choice of self-sacrifice for the woman she loves by surrendering to the police. She thinks that Nanae will have some semblance of peace now.

DO RAE AND NANAE END TOGETHER?

They probably will. At the end of Ride or Die, as Rei is taken away by the police, Nanae declares that she will wait for him. All her life, Nanae has been the victim of male violence. After her mother left, her father focused all his helpless anger and frustration on her. In her need to escape poverty, she ended up choosing a man who looked like her father in more ways than one. When Rei sacrifices her entire life to save her, Nanae doesn’t know how to react.

And this confusion goes beyond his sexual orientation. As they travel together, Nanae begins to have the same feelings as Rei. But she is not ready to admit it until Rei agrees to leave with her brother and surrender to the police. For the first time, Nanae realizes that she has been happy, fearless, and carefree during the time she spent with Rei and that she wants it to last forever, even though her pragmatic side knows it won’t. the case.

Towards the end of Ride or Die, Nanae becomes so invested in her love for Rei that she is ready to die with her. When she learns that Rei has willingly surrendered herself, Nanae probably feels a moment of betrayal. But then she realizes the hope that lingers at the heart of Rei’s choice. Their story does not have to end here. There is always a tomorrow. And as Nanae tells Rei, she will wait for him.