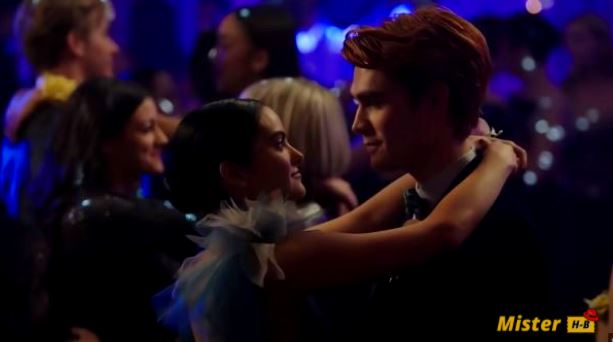 FIND ALL THE NEWS ABOUT RIVERDALE SEASON 5 EPISODE 11 ON NETFLIX! RELEASE DATE, RETURN FROM PART 2 OF SEASON 5 AND MORE.

Riverdale Season 5 is out now on Netflix! If you want to know all about Episode 11, read on! A season that essentially rebooted the series, Season 5 took a big-time jump a few episodes later to transport us seven years into the future, when the town of Riverdale is a very different place. Archie spent those seven years in the military and just got home.

Jughead became a published author but spent the days following the publication of his first book suffering from a severe case of writer’s block. Elsewhere, Betty joined the FBI and found herself embroiled amid a serial killer plot. And Veronica found her way to Wall Street.

Riverdale is over halfway through Season 5. This means it’s mid-season time for the show. Fans of the CW and Netflix series have a few months to wait before the release of Season 5 Episode 11, which will reveal where exactly Jughead has gone.

WHAT IS THE RELEASE DATE FOR RIVERDALE SEASON 5, EPISODE 11 ON NETFLIX?

Riverdale is taking a three-month hiatus before its next episode, which is slated for July on The CW and Netflix. To be precise, the release date for Episode 11 of Season 5 of Riverdale has been set for July 7 on The CW, and Thursday, July 8 on Netflix. Do not blame the production, this wait is partly due to COVID!

WHAT CAN WE EXPECT FROM PART 2 OF SEASON 5?

Episode 11 of season 5 of Riverdale will kick off part 2 of season 5. It will pick up the story of each of the characters where we left them in episode 10. Jughead will always be worn. missing, while someone with a gun could be a threat to Archie.

Cheryl will have to face her mother, who seems to have taken an unexpected and dark path. We can also be assured that Riverdale will continue to be threatened. As to the follow-up to the adventures of the other characters, the actors have been kept in the dark. This is what Veronica actress Camila Mendes revealed.