Roohi: Explanation of the end of the Netflix movie! Wedding and more. 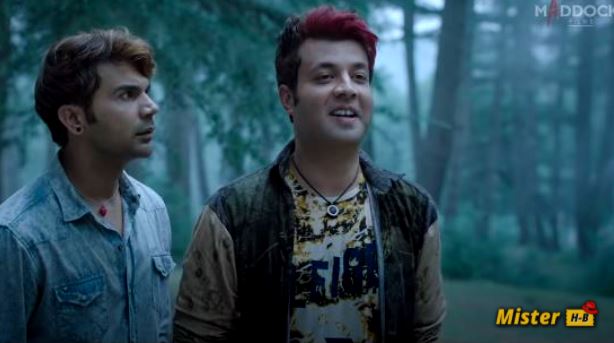 Roohi: Explanation of the end

FIND OUT ABOUT THE END OF ROOHI ON NETFLIX! MARRIAGE, OLD WOMAN, AND MORE.

Roohi is available on Netflix! If you want to know the explanation for the ending, read on! Roohi, the movie by Janhvi Kapoor, Rajkummar Rao, and Varun Sharma, hit theaters on March 11. A day after its release, the movie has already grossed 3.06 million rupees.

Moviegoers are very excited as theaters open after a year of closure due to the coronavirus pandemic. Roohi was then released in early April on Netflix worldwide! It’s probably here from elsewhere that you saw it. If now you have any questions regarding Roohi’s ending, read on!

EXPLANATION OF THE END OF ROOHI ON NETFLIX!

In the heteronormative world of movies, we see marriages through social, political, and gender lenses. But Roohi’s ending deviates from the expected narrative by subverting the traditional trope. Like most mainstream Indian movies, this parody also ends in a wedding, but in a moment of triumph, Roohi decides to kiss the witch inside her, and they marry together making seven laps around the fire, in accordance with the Hindu wedding rituals.

Roohi and Afza’s marriage is symbolic in his psychological exploration of the female psyche. Whereas the male characters expect Roohi to marry one of them. She breaks the tradition and claims her independence and that of her sex at the end of Roohi!

At the end of Roohi, the woman sees Roohi escaping on a scooter, and she rejoices before suspiciously disappearing, leaving her sandals behind. The suggestion is that the woman, like Roohi, is a woman who accepted her supernatural identity and was herself Mudiyapairi. Perhaps the death she was talking about earlier refers to the merging of opposites into the unique identity of the eponymous character.

WHY IS HE MARRIED TO A DOG?

Bharat first kidnaps Roohi to make her the fiancée of one of Guniya Shakeel’s clients. But then plans to marry him himself. But Roohi is possessed by a witch who gloats at the sight of Kattanni. As Bhawra himself says, it’s a love triangle situation. But the witch and the girl are the same people, and they have to do something.

The woman convinces Bhawra to marry a dog, as Afza risks leaving Roohi’s body if she marries an already married guy. Following Aunty’s plan, Bhawra travels to the occult city of Chimattipur to break Roohi’s curse. However, there is one problem, mudiyapairi witches are not welcome in the city. After much mayhem, the full blue moon rises, and Afza the witch must marry someone.