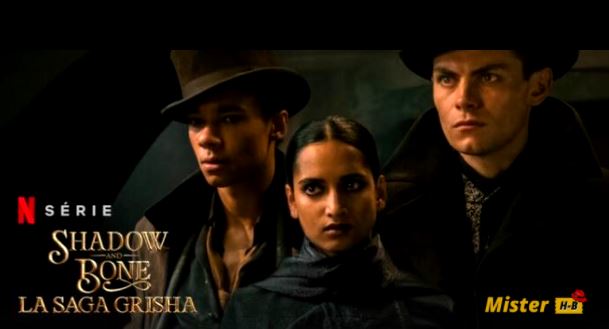 DISCOVER ALL THE NEWS ABOUT SHADOW AND BONE SEASON 2 ON NETFLIX! RELEASE DATE, RENEWAL, AND MORE…

Shadow and Bone are available on Netflix! If you want to know all about the Season 2 release, read on! Considering the worldwide popularity, the stellar cast and story, the romance, and the big-budget action, Netflix has a winner with Shadow and Bone, which is based on the popular book series by Leigh Bardugo.

Shadow and Bone is the best Netflix fantasy we’ve seen since The Witcher. We’re all a bit in the dark right now, just like those pesky Volcra, but let us help you out of hell with a few answers that we’ve managed to glean! Before we continue, if you want to know everything about the end of the first season, read this. We tell you all about Season 2 of Shadow and Bone on Netflix!

WHAT IS THE RELEASE DATE FOR SHADOW AND BONE SEASON 2 ON NETFLIX?

The first season of Shadow and Bone was released in full on Netflix on April 23, 2021, with 8 episodes of approximately 45 minutes! Currently, no renewal announcements have been made for Season 2 of Shadow and Bone! However, Season 2 would already be in preparation, information that was leaked even before the release of the series.

The criteria for renewal at Netflix are popularity and reviews of the series. Plus, there are so many stories to tell, with six stories from six other books that could be adapted. In our case, Shadow and Bone fans don’t have to worry about a Season 2. Regarding the release date of Season 2 of Shadow and Bone on Netflix, it should be set for late 2022, early 2023!