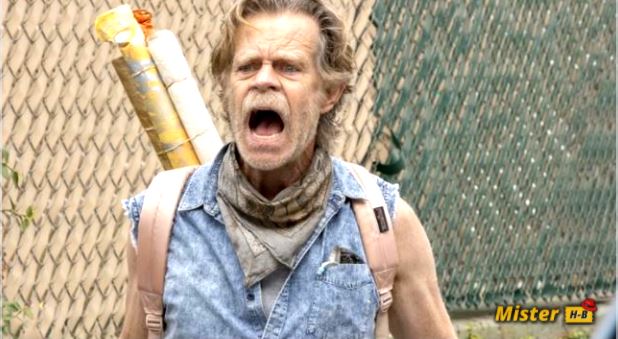 DISCOVER ALL THE NEWS ABOUT SHAMELESS SEASON 12! RELEASE DATE, RENEWAL, AND MORE…

Shameless is available on Amazon Prime Video! If you want to know all about Season 12, read on! Shameless is a popular American series. It is a blend of family genre TV series, comedy-drama developed by John Wells. The first season of Shameless kicked off on January 9, 2011. William H. Macy and Emmy Rossum lead the cast of this adaptation of Paul Abbott’s British series of the same name.

To date, Shameless has enjoyed 11 successful seasons. She stopped with her eleventh season. With Episode 12 of Season 11 being the last and final episode to air in April of this year. He left viewers in tears. Each of them, though disheartened by the ending, were at the same time happy with how the series has enjoyed success throughout each season and has remained consistent with entertainment as its sole focus. The series ended not long ago, and questions and hopes for another season have already arisen. Will there be a season 12 of Shameless? We tell you everything!

While a Shameless reboot could happen one day, there are no plans for Shameless Season 12 at this time. In an interview last year, showrunner John Wells said he was “a little disappointed but not upset” and that the series was shut down because “Showtime felt the time was right for the last. season and I’m happy to agree with that ”.

He also ruled out the possibility of making a spin-off centered on one or two of the Gallagher siblings, or neighbors Kevin and Veronica. The director was never a big fan of spin-offs. You get it, Season 12 of Shameless will never see the light of day!

WHAT TO REMEMBER FROM THE END OF THE SERIES?

Season 11 of Shameless was devoted to concluding the story of the key characters. And send them in different directions. Kev and V decided to move from Chicago to Louisville, Ky., In search of a better life. Meanwhile, Lip convinced his siblings it was time to sell the Gallagher House. And use the money to move into their own homes. From a single, tight-knit family unit, the Gallagheres have recently started to build a family of their own and are almost ready to stand on their own two feet.

The final season of Shameless also incorporated the coronavirus pandemic into its story. Culminating with the death of Frank Gallagher in the series finale. After being diagnosed with alcoholic dementia and surviving a massive overdose that was to be his suicide, Frank ultimately died after contracting COVID-19 while wearing a discarded mask. The terrible but charismatic patriarch of the family, played by William H. Macy, was arguably the heart of the series, even as he left his children to raise themselves. And Frank’s death is a fitting way of telling audiences that Shameless is truly over.