SKY ROJO SEASON 2: RELEASE DATE, PLOT, AND WHAT TO EXPECT FROM THE CONTINUATION OF THE SERIES 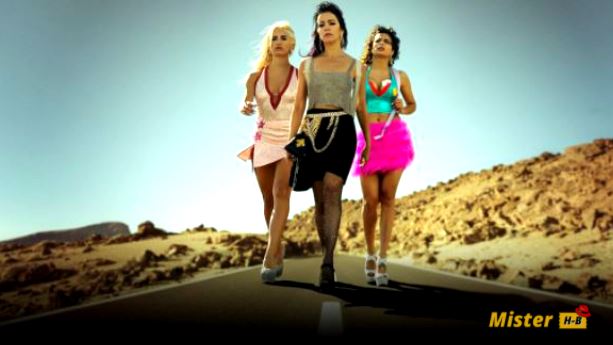 Sky Rojo quickly became one of Netflix’s phenomenal series in France and around the world. Netflix’s fun and colorful new Spanish series mark the latest project by Alex Pina, creator of the popular Netflix series La Casa de Papel. Will Sky Rojo Season 2 be released on Netflix? When will the new episodes be released and what will they be about? In the first season of Sky Rojo, three prostitutes unite to try to reclaim their lives as independent women.

In Sky Rojo season 1, a pimp named Romeo (Asier Etxeandia) recruits women to be waitresses at the Las Novias club, only to then push them to become prostitutes. When Gina (Yany Prado) tries to settle a debt with her boss, the conversation ends in a violent encounter. Other prostitutes, Coral (Verónica Sánchez) and Wendy (Lali Espósito) defend Gina and appear to kill Romeo in the brawl, which kicks off the main plot. Sky Rojo’s first season explores the protagonists’ past through flashback sequences and culminates in a climactic clash at club Las Novias.

Sky Rojo’s Season 1 finale ends on a big cliffhanger, which may seem underwhelming to Netflix viewers and fans who want clarity. However, the series conquered the public despite a rather mixed criticism. Gina, Coral, and Wendy plan to trap Romeo and rob his club, but the final episode comes to a screeching halt as the action escalates. However, there’s a good reason for the narrative structure of the first eight episodes of less than 30 minutes each, as well as the final teaser. Here are the news and everything we expect from season 2 of Sky Rojo on Netflix.

In fact, Sky Rojo season 2 was already planned from the start and was approved before the COVID-19 pandemic put the brakes on the film industry. In November 2019, the Netflix series was officially announced with a two-season order and filming then ended in October 2020. As 16 episodes of Sky Rojo were initially ordered, the directors were able to focus on developing the films. characters during the first eight episodes (which explains the cliffhanger of Season 1). Creator Alex Pina and series co-creator Esther Martínez Lobato released a joint statement in 2019 on their creative approach:

“We wanted Sky Rojo to feature the same frenetic action as usual, but that those 25 minutes be used to emphasize the dynamic nature of the plot: the flight, the race for survival. The third act of a movie or episode is where all the energy comes together to produce the most vibrant explosion of all the conflicts recounted. Our goal was to create a constant third act, to bring our whole story through this frenetic energy. “

What is the release date of season 2 of Sky Rojo? 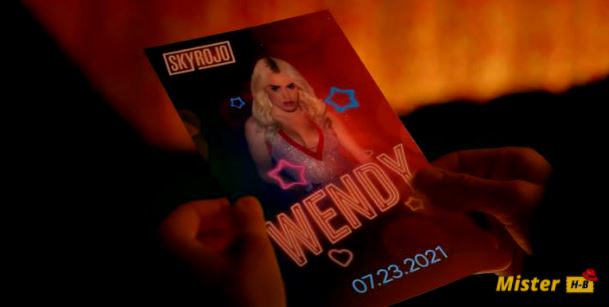 On March 29 of this year, just 10 days after the first burst of episodes aired, the release date for Sky Rojo Season 2 was announced by Netflix on July 23, 2021. It’s a nice surprise for fans, which leads us to assume that filming for Sky Rojo season 2 has already been completed, probably at the same time as the first episodes. Netflix surely made this choice of close release by predicting that the new Spanish series might become as popular as La Casa de Papel or Elite.

We can also imagine that the competition is increasingly strong, especially from Disney + and its Marvel series such as Wandavision and Falcon and the Winter Soldier, but also from Amazon Prime Video which is also starting to offer original series. , the streaming platform may be changing its distribution strategy. It is indeed rather usual that a year separates two seasons, there we will have the same year the release of two parts, which makes us think of another series that conquered the world, Lupine with Omar Sy, whose return is also scheduled for 2021, thus proving that France can also offer interesting programs. It is also possible that the streamer will take advantage of the fact that films are less present in the news due to the closure of theaters and put on the small screen and boost his number of subscribers.

As of yet, Netflix hasn’t released a trailer for the rest of the series, but a launch date video that doesn’t reveal much about the plot. We shouldn’t have to wait long for the streaming platform to unveil a new trailer and other hot news before the cast returns to the screen. On the casting side, we will find our main characters played by Verónica Sanchez (Coral), Lali Espósito (Wendy), Yany Prado (Gina), Miguel Ángel Silvestre (Moisés), Enric Auquer (Christian) and Asier Etxeandia (Romeo).

Attention, possible spoilers on season 1 of the series.

The heist plan goes incredibly wrong in the Sky Rojo Season 1 finale. Wendy is gunned down by henchman Moisés (Miguel Ángel Silvestre), and Coral saves Romeo’s life after an overdose at the Las Novias club. She then declares “the game is just beginning” via voiceover narration as the episodes come to a close. In Sky Rojo season 2 on Netflix, Coral may need to form a false alliance with Romeo, while also plotting to steal him so that he can escape with Wendy and Gina. As for Moisés, there are still unresolved conflicts to be resolved, including the fact that he is buried alive in his vehicle, as well as the revelation to his brother Christian (Enric Auquer) that he killed their abusive father with the help from Romeo. Sky Rojo Season 2 will theoretically show Coral strategizing inside Las Novias, while Wendy and Gina will team up outside.