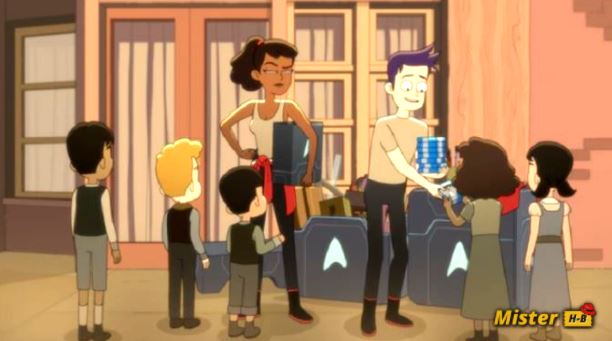 Star Trek Lower Decks is available on Amazon Prime Video! If you want to know all about Season 2, read on! Created by Solar Opposites and Rick and Morty comedian Mike McMahan, the first season of Lower Decks exceeded expectations with as many surprising twists as it did internal jokes.

WHAT IS THE RELEASE DATE FOR SEASON 2 OF STAR TREK LOWER DECKS ON AMAZON PRIME VIDEO?

The first season was released on Amazon Prime on August 6, 2020, with 10 episodes of 25 minutes! Today, Paramount + delivered on its promises by announcing that Star Trek: Lower Decks Season 2 will launch on August 12. Star Trek: Lower Decks Season 2 release date will be the same on Amazon Prime Video in France! The streamer also revealed that the series has been renewed for a season 3, which like previous seasons will feature 10 episodes!

We’ll see Brad on the USS Titan with Riker and company, and we’ll follow what happens with Mariner, Tendi, and Rutherford on the Cerritos. It seems possible that Season 2 is set in 2381, which, interestingly, brings it closer to the birth of Riker and Troi’s first-child: Thad Riker, mentioned in Episode 7 of Star Trek: Picard, “Nepenthe”.