Stowaway: Explanation of the end! Who is dead? 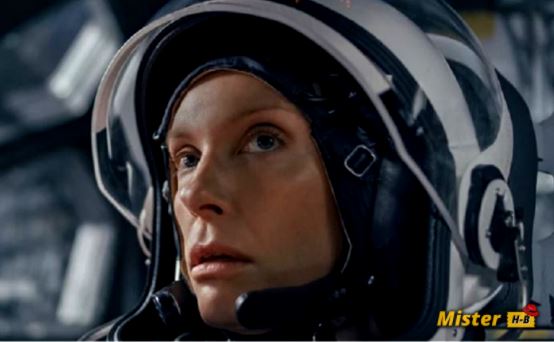 FIND THE EXPLANATION OF THE END OF STOWAWAY ON NETFLIX! WHO IS DEAD OR SURVIVED?

Stowaway is available on Netflix! If you want to know the explanation of the end of Stowaway, read on! This sci-fi thriller was directed by Joe Penna, who also co-wrote the screenplay with Ryan Morrison. Stowaway is Penna’s second film after the 2018 survival thriller the Arctic.

The Story of Stowaway finds four people on a ship heading to Mars with depleting resources, and a whole host of tough decisions. The story is pretty straightforward, but if you’re anxious to get to the end of Stowaway and get an explanation of who survived and who died, we’ve told you everything! Before that, if you want to know all about a potential sequel Stowaway 2, read this.

EXPLANATION OF THE END OF STOWAWAY

Zoe appears as the heroine of Stowaway in the penultimate moments. Her courage in the face of adversity is inspiring to say the least. And while she takes care of her fellow travelers, she outshines them all in her emotional quotient. Zoe is a doctor by trade who applied for the space mission because she thought being rejected by Hyperion would make for a funny anecdote.

In the claustrophobic space of the shuttle, she is a breath of fresh air. Moved by Michael’s story, she fights for her life to the end. It is also evident that she is the smartest and most creative person on the ship. The idea of ​​accessing the Kingfisher’s oxygen was Zoe’s idea, and when the algae die, they have no choice but to carry out Zoe’s plan. Before Zoe could fill the second bottle. A solar storm warning threatens their lives and they hurry back to MTS. After a free fall along the rope, Zoe hits the outer wall of the ship and loses the bottle.

The crew is devastated, but Zoe, still optimistic, is not ready to abandon humanity. She makes another trip to the other side and brings the cylinder back. But solar radiation penetrated her body, and red patches of scars formed on her face. In an anti-climactic ending, the final shot shows Zoe biding her last moment as she basks in waves of green-hued radiation. As the sequence recalls her voiceover speeches, it seems Zoe comes across as the martyr of this space drama.

At the end of Stowaway, Zoe returns to the ship with the oxygen cylinder but does not go inside, for fear of exposing the others to the solar storm. Instead, she said goodbye to Toni Collette by nodding her head through the ship’s window. It is not clear why they are not communicating by radio, as they did earlier when Zoe was given oxygen.

WHO IS DEAD AT THE END OF THE NETFLIX MOVIE?

If we don’t see Zoe die onscreen, we see her accepting her fate. She sits down to gaze into space as she dies from space radiation, observing the retreating solar flare light. She leaves the oxygen cylinder on the roof of the ship and it can be assumed that Toni Collette or someone else will be able to catch it once the storm has passed, meaning the three people who remained on the ship will survive.