The 100 Season 8: What release date on Netflix? Spin-off? 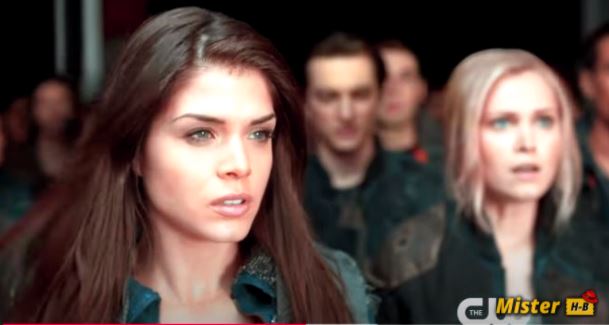 DISCOVER ALL THE NEWS CONCERNING SEASON 8 OF THE 100 ON NETFLIX IN FRANCE! RENEWAL, SPIN-OFF, AND MORE.

The 100 is available on Netflix! If you want to know if a Season 8 of The 100 is going to emerge, read on! Considered one of The CW’s flagship series, The 100 is a free adaptation of the eponymous novel by Kass Morgan. To purchase the book, click here. This post-apocalyptic sci-fi drama follows a group of criminal survivors, sent back to earth by a spaceship called the Ark.

They are in charge of this mission to see if the planet is still habitable, after its destruction by a nuclear apocalypse. While the story began on that note, it has evolved over the seasons to include several other story arcs and new characters.

In the final season, Clarke clashes with the mysterious Disciples and holds the key to winning the last war. Season 7 also delves into the Anomaly, which is a wormhole connecting six planets. After a few major twists and turns, the season delivered a divided finale, which seems to wrap up the central plots. To see the explanation of the ending in detail, read this. So, will Season 8 of The 100 see the light of day?

WHAT IS THE RELEASE DATE FOR SEASON 8 OF THE 100 ON NETFLIX?

The end of The 100 is incredibly divided. While some fans consider the series to come to its logical conclusion. Others have been puzzled by the seemingly belated addition of a whole new group of beings who have changed the course of mankind. Therefore, not everyone agrees on whether or not the surviving characters had a satisfying ending to their story.

We’re not going to keep the suspense any longer, Season 8 of The 100 isn’t planned. The series has come to an end. However, a new The 100 series set 97 years before the original series could see the light of day. The Season 7 episode titled Anaconda consisted of a flashback episode exploring how the nuclear war destroyed Earth 97 years before The 100 series premiere. It also delves deeper into Grounder mythology and the history of the Second Dawn sect.

The pilot also introduced us to Callie Cadogan, a free-spirited young woman who goes against the zealous ideals of her father, Bill Cadogan. Whereas people are rejected for survival because of societal placement. In other words, the more money a person has, the more privileges they will have, and therefore, the more likely they are to survive. If for the moment no release date for the prequel of The 100. It should however see the light of day on CW and therefore on Netflix in the months following its release!