The Empty Man: Explanation of the end of the movie on Disney +! 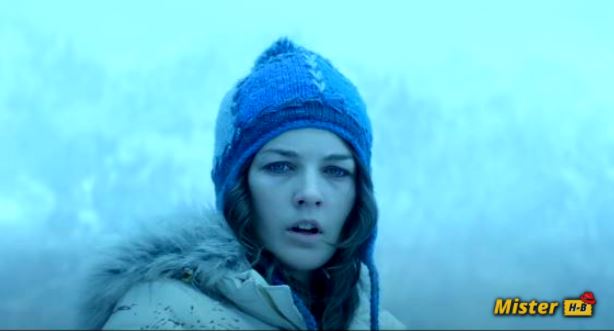 The Empty Man: Explanation of the end

DISCOVER THE EXPLANATION OF THE END OF THE EMPTY MAN! TULPA, JAMES, AND MORE…

The Empty Man is available on Disney Plus! If you want to know the explanation for the ending of The Empty Man, read on! Based on a 2014 comic book series, The Empty Man discovers a murderous supernatural entity lurks in the belief system of a cult operating in St. Louis, Missouri. When James Badge Dale is embarked on their particular brand of an oddity. He discovers that where he has been all his life might not be where he always thought he was.

The Empty Man opened in Bhutan in 1995. Four hikers panic when one falls into a cave and becomes catatonic. Singing mantras, visions in snow-capped mountains, and sharp violence ensue before the movie advances to 2018 in Missouri, where a former police officer and widower James works as a personal security expert. When Amanda, the teenage daughter of her neighbor and ex-lover Nora goes missing.

James begins to ask questions and discovers an enigmatic legend about the Empty Man. When the teens start to drop like flies, leaving behind scribbles that read “The Empty Man Made Me Do It,” James and Nora worry even more for Amanda’s safety.

James’s research leads him to the Pontifex Institute, where cult waves emanate from the young smiling automatons at the reception. His nightmares multiply and he develops a chronic nosebleed. Louis and in an old summer camp, where he discovers members of the Pontifex gathered around a giant bonfire. There are more chants, and James is starting to believe The Empty Man is following him! We tell you all about the end of The Empty Man!

It’s in the last third of The Empty Man that things take an extremely bizarre turn. There are cults based on the concept of nothingness, religious dogmas, and desperate resolutions. When James finally learns the truth, he realizes that nothing he thought he knew was real. He has always been just a container waiting to contain The Empty Man. Taking a page from René Descartes “I think therefore I am” but on the other hand, James learns that he was thought by others to be and not the other way around.

In the Pontifex Institution, the speaker calls Friedrich Nietzsche a depressed but brilliant philosophy professor in a liberal arts school. He asks James about the famous phrase “if you look long enough into the abyss, the abyss will look back at you.” The Pontifex responds that the abyss does not matter as long as the act of warding off the abyss and calling for something to be looked back on. This act created the abyss, to begin with. It’s a true hallucination which is later echoed by Amanda in the hospital room in the scene at the end of The Empty Man.

The followers of Pontifex revere an empty being. They believe, like the nihilists, that life and the universe mean nothing. The difference between true nihilists and Pontifex is that the Empty Man demands that they find meaning in him and claims that he can communicate meaning when no one else can. A nihilist believes that there is no meaning in life, period. The disciples of Pontifex are nothing more than people who have drunk too much of the Philosophical Koolaid that a deceitful demon has served them.

Pontifex comes from the Latin roots pons, which means bridge, and fex, which means maker. He is usually associated with the Pope, as in Pontifex Maximus, who is the religious leader. Pontifex talks about the need for a bridge between thought and form. A human sacrifice that will act as an intermediary between the group and The Empty Man. He will speak for the demon and espouse his wisdom, sowing the seeds of destruction.

Poor James Lasombra is a Tulpa. He is the manifestation of thought. Similar to a golem, but less magical and more mystical. Every detail and memory of his life was created by the group to make the demon the perfect receptacle to live. He must be guilty, depressed, angry, and in pain. He is all of these at the same time.

EXPLANATION OF THE END OF THE EMPTY MAN

There are only two ways to look at the end of The Empty Man. Either Amanda is a world-class manipulator and plays a very long fool’s game, or she’s telling the truth. The truth is, James is not who he thinks he is. That’s why he keeps telling everyone he’s from San Francisco. Repetition makes him real, at least for him. He had appeared three days before with a ready-made story and depressing enough to make him the perfect candidate. This is why Nora does not recognize him over the phone and why Pontifex has all of his information, including receipts, notes, and photos.

He kills Paul in his hospital bed and becomes the next Empty Man when he gives up on the idea that he has any free will. Interestingly, James shoots Paul’s third eye on the first shot, and subsequent shots form the blood spatter pattern we’ve seen in the previous illustrations. Hopeless, he’s broken and empty, making him ready for the demon. The demon had infected her soon after she was “born” and was waiting to gain the upper hand. The concept of The Empty Man was a virus that replicated in his mind until there was nothing else left.

The big question is whether there is a demon and who created it. If Amanda and the Pontifex Society are to be believed, we have created The Empty Man. It is the abyss, and we have conjured it by searching for meaning in it. If that’s true, the moral of The Empty Man is this. Look for more hope than negativity, or you could create a chaos demon. Oh, damn, it’s too late.