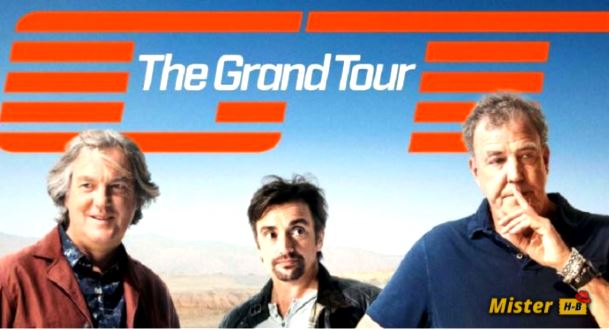 The Grand Tour is available on Amazon Prime Video! If you want to know all about the Season 5 release, read on! Gasoline lovers rejoice! Another special edition of The Grand Tour is on its way, Jeremy Clarkson recently revealed.

Amazon’s car-based reality show, hosted by Jeremy Clarkson, James May, and Richard Hammond, returns for a new lap. Here’s everything we know so far about the special’s release date and Season 5 of The Grand Tour on Amazon Prime Video.

WHAT IS THE RELEASE DATE FOR SEASON 5 OF THE GRAND TOUR ON AMAZON PRIME VIDEO?

The last episode was released in late 2020 on the streaming platform and car fans are already looking forward to Season 5 of The Grand Tour. The series has been renewed and will soon see new episodes arriving! Of course, The Grand Tour’s production depends entirely on the band’s ability to travel, and with the coronavirus severely hampering international travel, Season 5 is going to be negatively impacted.

While the release date for Season 5 of The Grand Tour remains unknown at this time, we believe it will be set for late 2021 or early 2022 on Amazon Prime Video! However, special episodes should be released by then, included in the fourth season of the series!

WHAT HAPPENED IN THE PREVIOUS SEASON?

The fourth season of The Grand Tour was marked by major changes in the format of the show. It moved away from the traditional Top Gear live audience setup. To focus more on adventure and exploration.

This means that they have done away with the popular “studio tent”. The previous season saw the gang travel to a wide range of impressive locations, including Cambodia, Thailand, Laos, Myanmar, Vietnam, Malaysia, and Singapore. Top Gear fans will remember Clarkson’s previous trip to Southeast Asia, where he sparked controversy in Burma.