The Soul: Explanation of the end of the Netflix movie! 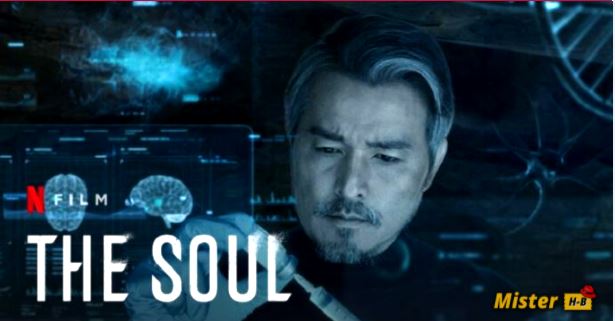 The Soul: Explanation of the end

FIND THE END OF THE SOUL EXPLANATION ON NETFLIX! WHO IS IN THE BODY OF LI YAN AND MORE…

The Soul is available on Netflix! If you want to know the explanation of the ending in detail, read on! The Soul is an outrageous movie because it throws so many twists on audiences that it could easily have turned out to be a ridiculous movie. However, he manages to maintain the mystery despite the many elements.

After many leads, interviews, and investigations, the third act brings the audience closer to the truth. We learn that investigator Ah-Bao made a deal with Dr. Wan for RNA to save the life of his partner Liang. She also falsified evidence that cleared Li Yen and Dr. Wan of any responsibility for the murder of President Wang Shih-Tsung. The president’s son, Wang Tien-Yu, is still charged and ready to face justice.

But the story turns when Li Yen and Dr. Wan argue violently and Li Yen declares to the police that the company belongs to him, not to Dr. Wan. For the explanation of The Soul’s ending, read on!

EXPLANATION OF THE END OF THE SOUL

According to Dr. Wan, he and President Wang Shi-Cong were lovers, the latter still feeling like a woman locked in a man’s body. The doctor reveals that Wang, who also had a fatal disease, planned to use RNA transfer technology to transfer his consciousness to that of his second wife, Li Yan. It is also revealed that Li Yan claimed to be Wang’s wife but was an orphan recruited for the procedure.

Once inside Li Yan’s body, President Wang also planned to inseminate his semen to him so that his child would also contain his consciousness, which would allow her to be a woman and run his company for several generations. But the plan failed because Li Yan murdered Wang before the procedure was completed. The doctor now concludes that he no longer knows whether Wang is really in Li Yan’s body or not.

Detective Liang and Doctor Wan decide to confront Li Yan to obtain a confession from him. But during their meeting, Li Yan confesses to being in love with Dr. Wan, hinting that the procedure was successful. Dr. Wan, unable to control his emotions, sprinkles Li Yan with a mysterious substance. A few days later, Li Yan, who had taken control of the company from her late husband, announces that she is relinquishing control of the company.

She then confesses to having killed her husband and is imprisoned. Liang and Dr. Wan also die, the first of cancer and the second by suicide. At the end of The Soul, Liang’s widow Ah-Bao is seen with her newborn baby visiting Li Yan in prison. After remarking that the baby looks like his father, Li Yan is seen smiling affectionately, almost lovingly, at mother and child, before the credits roll, leaving audiences bewildered.

WHO IS IN LI YAN’S BODY?

So who is in Li Yan’s body? Dr. Wan confirmed earlier that all of Li Yan’s memories have been erased on Wang’s orders, and then we see Li Yan slowly starting to resemble Wang himself, which tells us that the process of transferring RNA works. For the sake of clarity, we will henceforth call the consciousnesses of all characters “souls”. Although at one point Liang wonders how a soul can change bodies simply through a gene transfer procedure, this is actually what seems to be happening.

After the intervention, Li Yan becomes conciliatory and not only gives up control of the company but also confesses to Wang’s murder. We know for sure that the ambitious Wang, whose soul seemed to take control of Li Yan’s body, would not have done this. Li Yan’s soul is also unlikely to have returned to her body, as it was “erased” on Wang’s orders.

This brings us to the major twist at the end of The Soul, as all fingers point to Liang as the soul that now inhabits Li Yan’s body. This explains the affectionate smile that Li Yan gives to Ah-Bao and her baby, as it is Liang who is smiling at his wife and newborn baby. It also appears that the proceedings are not yet over, as Li Yan always refers to Liang in the third person instead of herself.

But some of Liang’s characteristics and emotions have already started to show in Li Yan’s behavior. It also shows us that, in a way, Liang did what his wife was trying to do and put their happiness above principle by performing the illegal procedure with the help of Dr. Wan.

WHAT DOES THE SUITE RESERVE?

Liang leaves a voicemail message for her expected child, telling them that he will always be there and asking them to watch over their mother. He then dies. However, he then shows Li Yen in prison. Bao visits Li Yen with the newborn baby, and it is very emotional. The couple used RNA technology to transfer Liang into Li Yen so that he could continue to see his wife and child.

But it also confirms that Li Yen was Liang when she gave up all her actions and confessed to the crimes during the trial. Liang ensured that justice was served by moving to Li Yen. He had nothing to lose since he was going to die anyway. That was the real truth of the end of The Soul.