Things Heard & Seen: Explanation of the end of the Netflix movie! 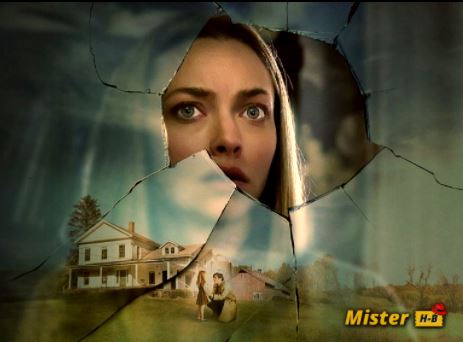 FIND THE EXPLANATION OF THE END OF IN BLIND SPOTS ON NETFLIX! WHO KILLED GEORGE? WHAT TO UNDERSTAND?

The story follows a young couple, Catherine and George, who move because of George’s new job.

Catherine has never wanted to move, but she is willing to sacrifice her wishes for her husband’s career. Bad choice. It doesn’t take long for audiences to learn that George is hiding a dark side. George isn’t the only one in trouble, their new home is also hiding secrets. However, Dans Things Heard & Seen reveals that the living world is what we should fear. If you have unanswered questions, we tell you all about the explanation for the ending of Into the Dead angles on Netflix!

As Floyd and his group of Swedenborg admirers explain to Catherine before the session, if a person is inherently good, they attract kind spirits to their home. After moving in, it doesn’t take long for Catherine and her daughter to realize that they share their home with a spirit.

Initially, Catherine believes the woman she and Franny keep seeing is Mrs. Smit, the wife of the house’s first owner, a Calvinist preacher. After talking to their real estate agent, she realizes that it is Ella Vayle, the matriarch of the family who previously occupied the house.

While Catherine’s kindness and compassion make Ella his protector, George’s cunning, ambitious and violent personality catches Calvin’s attention. The works of art that George displays in his office have won him many accolades over the years. It is revealed that it was his cousin who painted them.

EXPLANATION OF THE END OF BLIND SPOTS

George tells Floyd that his talented cousin died at sea at the age of 19. But Catherine understands that George killed her and that he made the work his own. After learning that George gave him a fake letter of recommendation, Floyd tells him that he will notify HR, making the young man understand that this will lead to his dismissal. During their excursion on Floyd’s boat, George kills Floyd, probably the same way he killed his cousin, and swims to shore. That’s why, when Justine sees him later, he’s completely drenched.

After playing innocently in college all day about Floyd’s death. George returns home to his wife, Catherine. He suspects her of wanting to leave with her daughter after seeing the young Franny fully clothed in her bed. The couple argues outside in the cold, and Catherine shares her suspicions that George killed Floyd and injured Justine. Of course, George denies everything, and with his psychopathic tendencies, tells his wife that her undernourishment makes her raving and imagining things. George offers to leave and take care of their daughter.

George returns inside, and a panicked Catherine returns inside and searches for George and Franny. However, she can’t find either. Suddenly, Catherine is invaded by spirits who whisper words to her. Ella tries to warn her of what’s to come, but before she can respond, she collapses on the bed, unconscious.

George walks into the room, and with a masculine wit, we assume Calvin Vayle’s as he later talks to her who whispers to him, telling George what to do. Unable to fight the whispers in his head, George kills his wife with an ax. It’s a bloodbath.

WHAT HAPPENS TO GEORGE? WHAT TO UNDERSTAND?

Towards the end of Dans Things Heard & Seen, George receives a message from Justine, who has woken up and is about to reveal all of her crimes to the authorities. He then sets off on his cousin’s old boat, ignoring the warnings of a port official. When he encounters a storm front in the middle of the sea, it becomes clear that he is gone to meet his judgment.

At the end of Into the Dead Angles, George participates in a re-enactment of George Inness’s “Valley of the Shadow of Death” on the cover of Swedenborg’s book, and begins his journey to hell.

What Dans Things Heard & Seen does not make clear is whether the husbands of the Vayle family or Claire acted on their own. Or if they were good men and got caught up in the spirits. If it can be argued that George became evil because of the curse caused by the spirits, he arrived in town after sending a fraudulent reference to college. He then went to sleep with Willis as soon as he moved in.

Whether George was this man before he arrived in town will remain a matter of interpretation, but from the end of Into the Dead Angles, it appears that George and Catherine were victims of evil and vengeful spirits who despised the men of the world.