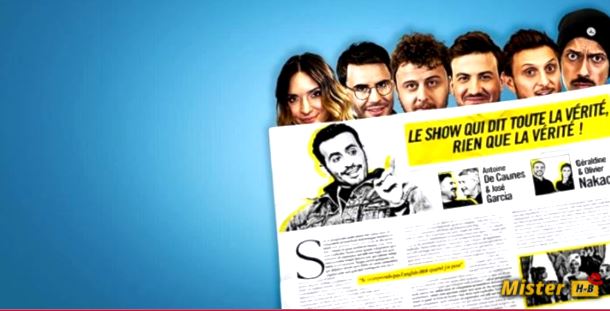 True Story With is available on Amazon Prime Video! If you’re up to date, then you might want to know when True Story With Season 2 is coming out, read on! The concept of the show is simple. Famous YouTubers get together and become a presenter for an evening. They receive personalities known to the general public who explain true and very funny anecdotes!

In each episode, a Youtuber duo gives voice to personalities in a good-natured and friendly moment! The first season has been a success, you surely want to know if a Season 2 of True Story With will emerge on Amazon Prime Video, we tell you everything!

WHAT RELEASE DATE FOR SEASON 2 OF TRUE STORY WITH AMAZON PRIME VIDEO?

The first season was released on June 26 with 6 episodes of approximately 25 minutes. Currently, no official release date has been set for True Story With Season 2. However, Amazon has renewed the series for a second season! Given all of the details already available which we’ll cover next, we think the True Story With Season 2 release date should be set for late June or early July 2021 on Amazon Prime Video!

In the first season, we got to see Natoo, McFly, Carlito, Ludovik, Norman, and Cyprien as the star Youtuber. In Season 2 of True Story With, we will have the chance to welcome, Lena Situations, Bilal Hassani, Emy Ltr, Gaelle Garcia Diaz, Fatou Guinea, and Natoo! Regarding the guests, we know that there will be Isabelle Adjani, Julien Doré, Teddy Riner, Pierre Niney, Adèle Exarchopoulos, and Tony Parker. The concept will remain unchanged and we hope that this Season 2 of True Story With on Amazon Prime Video will be as qualitative as the first!