Zero Season 1: Explanation of the end! Who is the Virgin? 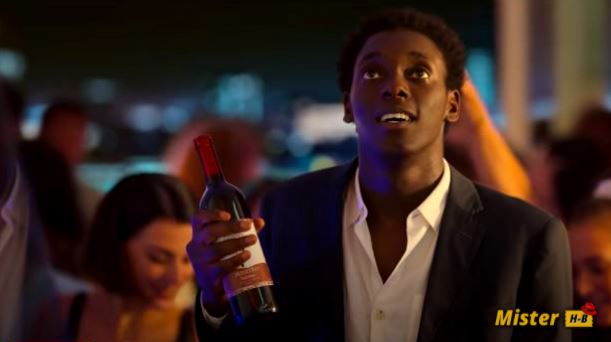 FIND THE EXPLANATION OF THE END OF ZERO SEASON 1 ON NETFLIX! WILL IT BECOME VISIBLE? WHO IS THE VIRGIN?

Zero is available on Netflix! If you want to know all about the end of Season 1, read on! One of the things we’ve enjoyed about some of the European productions that have appeared on streaming services lately is that they represent the diversity of the countries they represent. These populations have been present in their respective countries for decades.

But most programs from European nations ignore them or use people from these populations as secondary characters. Zero is one of the first Italian series to feature the country’s black population. If you want to know all about the Season 2 release, read this. Otherwise, we tell you more about the end of Season 1 of Zero on Netflix!

EXPLANATION OF THE END OF ZERO SEASON 1

At the end of Season 1 of Zero, we meet a mysterious androgynous woman who calls herself Virgo. Earlier we saw her at the casino, where she shows off with a tattoo on her bald head. Afterward, she goes to Omar’s family doctor, who tells her that the siblings are ready. While the siblings refer to Awa and Omar, it is not clear what the Virgin has to do with them. Likewise, it is not clear how the doctor is in cahoots with the Virgin. In the last episode, the Virgin meets Awa.

Awa lost her eyesight because Omar used his power. But the Virgin offers him a special handkerchief which seems to improve his condition for a time. An invisible Omar sneaks between the guards to reach Anna. Omar cannot return to visibility, but Virgo seems to notice it.

Omar and Awa’s draw is seen several times throughout the season. They seem to be the central pieces of a puzzle that extends far beyond them. Moreover, Omar’s father seems to know more than he can disclose. Hopefully, the next season will shed more light on the Secret Cult.

Also, it seems that Awa is more powerful than she thinks she is. At the end of Season 1 of Zero, Awa will be reunited with her boyfriend, Tom. Her eyesight is blurry, but wiping her eyes with the magic handkerchief, the image becomes clearer. Tom is having an affair with Awa’s best friend. Awa watches them intently, causing Tom’s eyeballs to recede. Awa’s best friend, frightened, falls from the roof and appears to perish.

On the other hand, after getting a beating by one of the Virgo thugs, Omar cannot return to visibility. While remaining hidden in plain sight, he takes Anna to the hospital, where he is approached by the Virgin. Virgo may hold the secret that would allow Omar to return to his former state.

Zero Season 1 Episode 8 brilliantly concludes the story of this alternate superhero. Omar and his inner circle fight one last time against those who threaten the community. The end of Season 1 of Zero also brings some additional twists that can be fleshed out in Season 2. Even if it does not provide us with any precise answer to our questions!