A Discovery of Witches Season 3: When to Release? 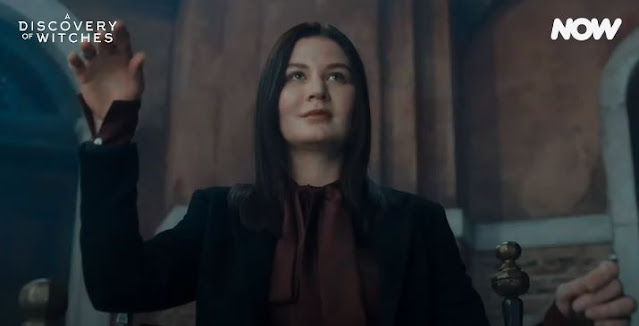 A Discovery of Witches Season 3

DISCOVER ALL THE NEWS CONCERNING SEASON 3 OF A DISCOVERY OF WITCHES! RELEASE DATE, RENEWAL, AND MORE.

A Discovery of Witches is available on Syfy! If you want to know all about the Season 3 release, read on! This dreamy, steamy, and decidedly nerdy romance follows the adventures of the modern witch Diana Bishop and her vampire lover Matthew Clairmont. Matthew and Diana’s love may be forbidden, but that only strengthens their efforts to be together.

A Discovery of Witches begins with American scholar Diana Bishop’s discovery of a magical manuscript named Ashmole 782 in the Bodleian Library in Oxford, based on Deborah Harkness’s All Souls trilogy. The mysterious text unleashed Diana’s latent powers and made her known to vampires, witches, and demons at war.

Fortunately, the power of the text also allowed him to meet Matthew Clairmont. While trying to figure out how Diana found the Ashmole 782, the two fall in love and hide in the most luxurious places in Europe. To learn all about the release of Season 3 of A Discovery of Witches, read on!

WHAT IS THE RELEASE DATE FOR SEASON 3 OF A DISCOVERY OF WITCHES?

The cliffhanger of the second season finale left many questions unanswered. But they should all be resolved in Season 3 of A Discovery Of Witches, as it is based on the last book in Deborah Harkness’s trilogy. So this means that Diana and Matthew’s story will end in the third season. And one thing we’re sure of is that they’ll at least have one new addition to the family, as Diana found out she was pregnant towards the end of season two.

Before they can settle down in marital bliss, surrounded by diapers and cuddly toys, however, there are battles to be fought, as a lot has happened these days while they were walking around Europe. 16th century. The attack on the witch Peter Knox in Seven Towers at the end of the second season will have caused a lot of emotional damage and endangered the witches, demons, and vampires there, especially since Knox and Gerbert are both looking for pages of the Book of Life that they think might be hidden there.

New enemies could also emerge, most notably the vampire Benjamin, whom Diana briefly encountered at the Bohemian court in the 16th century and who turned out to be the father of Andrew, the vampire who controlled Elizabethan London. Andrew himself can also pose a threat.

The series does not strictly follow the source material, and Palmer recently discussed a devastating moment in Harkness’s Night’s Shadow that did not make it into the final series of episodes. Diana discovers she is pregnant after thinking that she and Matthew will never be able to have a child together. However, she sadly loses the boy.