Army of the Dead 2: Netflix release date? A planned sequel? 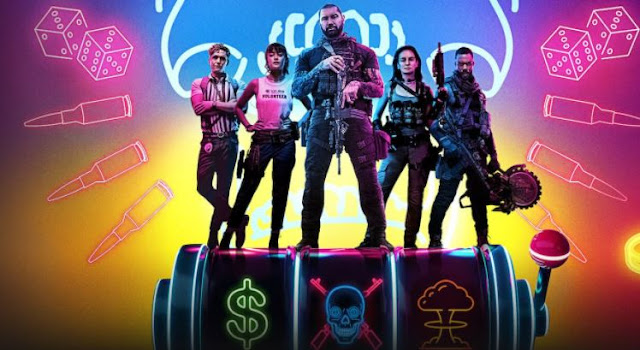 Army of the Dead 2

DISCOVER ALL THE INFOS CONCERNING ARMY OF THE DEAD 2! RELEASE DATE, RENEWAL, AND MORE.

Army of the Dead is out now on Netflix! If you want to know all about Army of the Dead 2, read on! Army of the Dead follows a colorful group of mercenaries who attempt to break into Las Vegas and steal the contents of a safe full of cash. The only problem is that the entire city is a quarantine site for the living dead. The basic premise is that the zombie epidemic has started in Las Vegas.

And the way the outbreak was contained is that a wall of containers was built around the town, and they kept the plague inside, that’s how they contained it with that great wall. Discover all the explanations concerning the end of Army of the Dead! The service already has two prequel projects in late development that will tell more about the initial epidemic that threatened the survival of humanity on this planet. To learn all about the release of Army of the Dead 2 on Netflix, read on!

THE RELEASE DATE FOR ARMY OF THE DEAD 2 ON NETFLIX?

On May 21, Army of the Dead premiered on Netflix! Currently, there have been no official renewal announcements for Army of the Dead 2! Zack Snyder has expressed interest in returning for a sequel to Army of the Dead! If Army of the Dead were to have a sequel, it probably wouldn’t be ready to air for some time, given that the first film took over two years to release after it was acquired by Netflix.

Since it has yet to be confirmed, it’s difficult to determine when Army of the Dead 2 might hit screens. With prequels in the works and no confirmation yet, it’s unlikely that a release date for Army of the Dead on Netflix will be set before 2023.

WHAT CAN WE EXPECT FROM THE FOLLOWING TO ARMY OF THE DEAD?

The first possibility regarding Army of the Dead 2 is obviously the continuation of Vanderohe’s open plot once his plane lands in Mexico. Maybe he’s becoming the new Zombie King, or maybe he’s once again defying the odds and finding a way to prevent the spread of his infection. This seems to be the most clearly defined route for setting up a spinoff plot through an established character, following a new zombie outbreak.

Another option is to follow Kate after she releases Geeta’s children from the quarantine camps. Perhaps she fulfills her father’s dream of opening a food truck, before being drawn into the zombie war again. Other actors from the first film, like Dave Bautista and Ana, may be able to return in flashback sequences, but their respective characters have little hope of resurrection.