Army of the Dead: Find all the music from the Netflix movie! 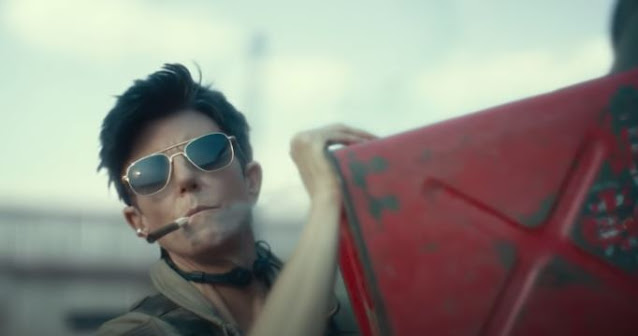 Army of the Dead

DISCOVER ALL ARMY OF THE DEAD SONGS ON NETFLIX! SOUNDTRACK AND MORE.

Army of the Dead is out now on Netflix! If you want to know everything about Army of the Dead music, read on! Set in Las Vegas, Army of the Dead stars Dave Bautista as a mercenary battling zombie while trying to bust a casino. The Army of the Dead soundtrack uses Elvis Presley classics to give the impression of stepping back in time. As well as a few well-chosen covers which convey the surrealism inherent. To find out if a sequel will take place, read this.

Army of the Dead focuses on the immediate consequences of a zombie outbreak. When the military does not intervene, the government quarantines the city. A business mogul named Bly Tanaka seizes the opportunity to steal $ 200 million from the Olympus vault and offers mercenary Scott Ward $ 50 million to orchestrate the heist. The group encounters a race of intelligent zombies known as the Alphas, who seem to want to let the casino thieves pass without any conflict.

As the movie is set in Las Vegas, it’s obvious that Elvis Presley’s song catalog features prominently. Although Elvis was born in Tupelo, Mississippi, it was in Las Vegas that he first became known and made his career. Here is a recap of the music from Army of the Dead.

WHAT IS THE MUSIC FOR ARMY OF THE DEAD ON NETFLIX?

Behind the movie’s soundtrack is Tom Holkenborg, also known by his DJ name, Junkie XL. The Dutch composer is known for having composed the music for many Snyder movies, including Batman vs Superman, Man of Steel among others. Here is the list of Army of the Dead tunes on Netflix!

“The End” By The Raveonettes

“Do You Really Want to Hurt Me” By Culture Club

“Zombie (Acoustic)” By The Cranberries

If you have any questions regarding the ending of Army of the Dead, we’ve answered all of your questions right here!