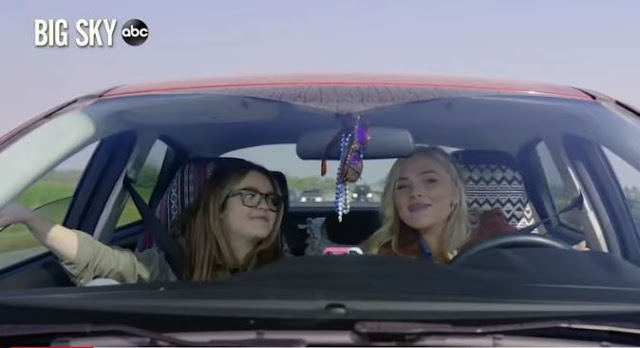 FIND ALL THE NEWS ABOUT BIG SKY SEASON 1 EPISODE 11 ON DISNEY PLUS! DATE AND TIME OF RELEASE.

Big Sky has just arrived on Disney Plus Star! If you want to know when Episode 11 will be released, read on! This thriller crime series is directed and created by David E. Kelley. And it’s adapted from the famous novel “The Highway” written by C. J. Box.

Episode 10 picks up the story with Ronald Bergman on the run. He has changed his appearance, now calls himself Arthur, and is dating a supermarket worker named Scarlet. Scarlet is a single mom and Arthur is kind of a part of her and her daughter’s life. Ronald is still as psycho as ever and as he drives the girls he sings “If You’re Happy and You Know It” while having a flashback to the night he kidnapped Danielle and Grace.

Elsewhere, Cassie and Jenny are in hiding. Cassie sees a vision of Ronald smashing the car window and strangling him, and Jenny realizes something is wrong with her partner. Cassie blames it on their job and explains that her young son panicked about his safety. We tell you all about Big Sky Episode 11 on Disney +!

WHAT IS THE RELEASE DATE AND TIME FOR BIG SKY SEASON 1 EPISODE 11 ON DISNEY PLUS?

WHAT HAPPENS AT THE END?

Sheriff Tubb asks Bruce why he lied about Alan’s whereabouts and Jenny is furious that she had to shoot a man because of Bruce’s petty plot. Bruce claims he didn’t steal the semen. Technically, it was the ranch workers who extracted it, not him. Jenny has had enough of his nonsense and silences him.

And now we catch up with Horst Kleinsasser’s new story once again. He shows up at the prison and asks to see his son. Even though visiting hours have gone, Tad helps him to see Blake. Horst claims he runs this county and embarks on a rant about the country going to the bathroom. Blake is brought in to see his father and it’s not exactly a happy family reunion. Horst gives his son some ranch land, which he calls a souvenir.

In a surprise twist, Blake calls Jenny from prison and asks her if she has a minute to speak. He wants them to talk to each other in better circumstances and asks her for help. Jerrie, Denise, and Cassie watch Jenny as Blake talks, and Jenny’s eyes tear.