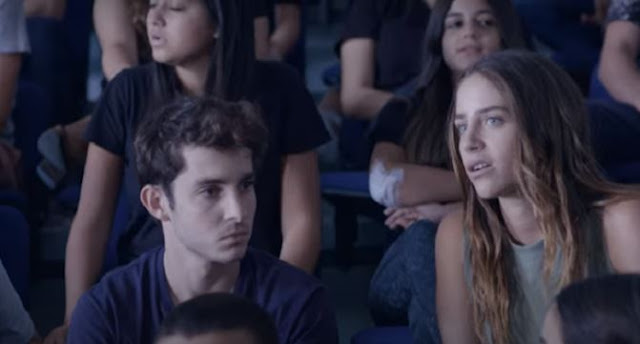 DISCOVER ALL THE NEWS ABOUT BLACK SPACE SEASON 2 ON NETFLIX! DATE AND TIME OF RELEASE.

Black Space is available on Netflix! If you want to know all information about the Season 2 release date, read on! It is always tricky to start a series with a school shootout, especially if part of your audience is in the United States, a country marked by mass shootings.

But the new Israeli thriller Black Space doesn’t go deadlock, starting with a school shooting and asking its lead character to determine if this was an internal operation. Although the first season ends in a rather satisfying way, some questions remain unanswered. Of course, fans want to know if they’ll get a Black Space Season 2 on Netflix, we’re telling you everything!

WHAT IS THE RELEASE DATE FOR BLACK SPACE SEASON 2 ON NETFLIX?

Black Space was released in full on May 27, 2021, with 8 episodes of approximately 40 minutes. For fans of the series, we have good news. Black Space has already been renewed for Season 2 and is reportedly already in development. BlackSpace is just the most recent popular Israeli series acquired by Netflix for its streaming platform. Two of the Israeli series acquired by Netflix in the past, Fauda and Shtisel, have both found success on the platform.

In the last episode of the first season, Eran confesses everything to Morag before shooting himself in the investigation room. At Heritage High School, Libby and Itamar confront Chanoch, who tries to negotiate with the duo as Itamar points a gun at him. Chanoch ends up confessing his actions. Miri has already given birth to their child when Davidi returns to the hospital to be with her. On the casting side, we should have the return of actors whose characters are still alive, especially Guri Alfi, who plays investigator Rami David.

In Season 2 of Black Space, we will see how the relationship between Miri and Davidi evolves. While the birth of their child will bring a new dynamic, we also know that Miri feels that her husband puts his work first over her. Not to mention that he also sleeps with his colleague, Morag. Although Libby has escaped, we have yet to find out what happened to her. Since police have taken Itamar and Chanoch into custody, The investigation might take on a whole new dimension if further questions are asked.