Blue Miracle: Is the Netflix movie based on a True Story? 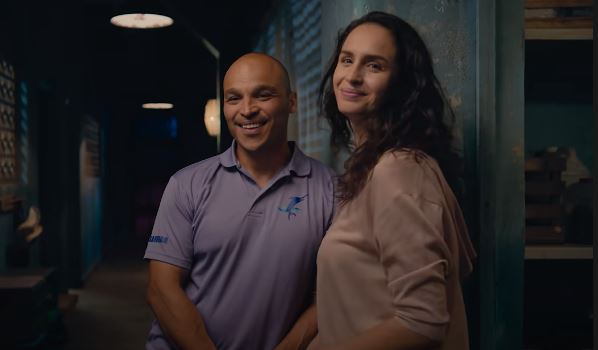 FIND OUT IF BLUE MIRACLE IS INSPIRED BY REAL NETFLIX FACTS! FILMING LOCATIONS AND MORE.

Blue Miracle is available on Netflix! If you’d like to know if Blue Miracle was inspired by a true story, read on! This is a dramatic film directed by Julio Quintana, who also contributed script alongside Chris Dowling. It tells the story of a group of children from a cash-poor orphanage and their guardian who participate in a prestigious and difficult fishing competition in order to save their orphanage with the help of an unlucky boat captain.
Blue Miracle hints at an inspiring narrative, but is this well-being film really based on a true story?

IS BLUE MIRACLE INSPIRED BY A REAL STORY?

Yes, Blue Miracle is based on a true story. The upcoming drama is inspired by the true tragedy of Casa Hogar, a Mexican boys’ home that was severely damaged by Hurricane Odile in 2014. The boys actually took part in Bisbee’s biggest Black & Blue tournament world fishing tournament and had never even fished before.
According to a press release from that year, the boys were able to participate in the tournament thanks to the “Bisbee Cabo Charter Hook-up”, which put local charter captains back to sea who were “in real post-hurricane jeopardy”. “An anonymous donor has pledged to pay the registration fee through the fund to any team that would agree to hire a local boat, injecting money into the economy and giving fishermen a chance to tick. an item on their list of things to do before you die, ”the report reads.

WHERE WAS BLUE MIRACLE FILMED?

The main filming for Blue Miracle began in August 2020 and was completed at the end of the year. The film was shot in the Dominican Republic, which is located in the Caribbean region. The country offers a beautiful coastline and is known for its fishing activities, which makes it a suitable filming location.
Santo Domingo de Guzmán, or simply Santo Domingo, is the capital of the Dominican Republic and the main filming location. Much of the film was filmed outdoors in different parts of the city. The city, one of the oldest in the Caribbean region, is the Dominican Republic’s main seaport.
Tags: EntertainmentmoviesNetflix
ShareTweetShare