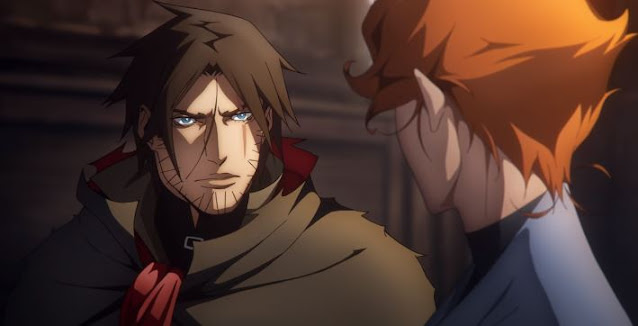 DISCOVER ALL THE NEWS ABOUT CASTLEVANIA SEASON 4 ON NETFLIX! DATE AND TIME OF EXIT AND MORE.

Castlevania is available on Netflix! If you want to know all about Season 4, read on! In recent years, Netflix has made great strides in bringing animation back to life. Whether through anime or Western animated series, the platform has helped capitalize on a new appreciation for animation in the West.

One of Netflix’s main original animated series is Castlevania, which defied the odds of cursed video game adaptations by adopting adult animation as its format. Castlevania Season 4 is coming out soon, and this is confirmed to be the series finale.

Castlevania being a much shorter series with shorter lifespans. There weren’t a lot of characters to juggle at the same time, but what was tackled was well executed. Trevor and Sypha have one, while Alucard, Isaac, Hector, and the Council have theirs. Hopefully, fans will see a big payoff in the way these storylines collide in the coming fourth and final season. We tell you all about the release of Season 4 of Castlevania on Netflix!

WHAT IS THE RELEASE DATE AND TIME FOR CASTLEVANIA SEASON 4 ON NETFLIX?

WHAT CAN WE EXPECT FROM THE ANIMATED?

Although this is the final season, it might not be the end of this worldview. There could be a spin-off in the works with a new cast of characters. Fingers crossed! We believe that the next season will have at least eight episodes, a lower number would be very disappointing.

In the Season 3 finale, Alucard killed Taka and Sumi when they threatened him. He exposed their bodies in front of the castle as a threat to anyone who would test him. Carmilla and her sisters have finalized their plan while keeping Hector captive and it looks like we’ll see if they are successful in Castlevania season 4.