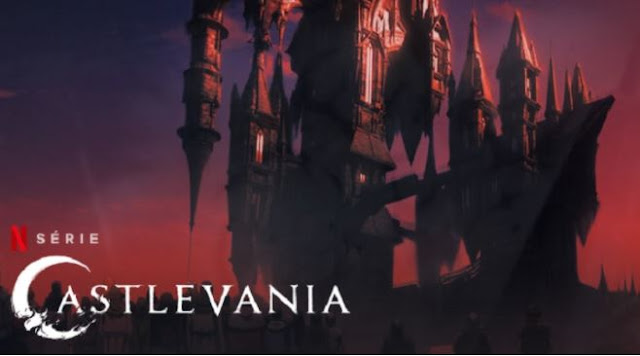 DISCOVER ALL THE NEWS ABOUT CASTLEVANIA SEASON 5 ON NETFLIX! RELEASE DATE, RENEWAL, SPIN-OFF, AND MORE.

Castlevania is available on Netflix! If you want to know all about Season 5, read on! Castlevania is an adult animated series based on Konami’s eponymous Japanese video game series. The series is set in Wallachia, where vampire Count Dracula has unleashed his anger on the people since his wife was killed after being wrongly accused of witchcraft. Trevor Belmont, a monster hunter, leads the charge against terror, aided by the sorceress Sypha Belnades and Dracula’s son, Alucard.

The series premiered on Netflix on July 7, 2017, and was created by Warren Ellis. It is considered one of the most successful anime on the streaming platform. Season 3 was very well received by critics who praised it for its animation, writing, and story building. Season 4 was also very well received and the fans want more… We tell you all about Season 5 of Castlevania on Netflix!

WHAT IS THE RELEASE DATE FOR SEASON 5 OF CASTLEVANIA ON NETFLIX?

The fourth season was released on May 13, 2021, on Netflix! It was released in full and consisted of 10 episodes of approximately 25 minutes! Unfortunately for fans, Netflix has announced that the upcoming fourth season will be the last and that Castlevania will not see Season 5. But we don’t have all the bad news, one hope remains to listen!

Viewers may, however, see more of the universe of Castlevania at a later date. Netflix plans to develop a spinoff series set in the same universe. A new cast of characters will most likely be included in the new season. We don’t know much more than that yet, but Castlevania has been very important to Netflix by being one of the first Originals anime on the platform. Their desire to continue with a derivative series is therefore quite normal.

In conclusion, although Season 5 of Castlevania will not see the light of day, you have every chance to find a new team ready to do battle very soon!