by Khaled H-B
in Series
8 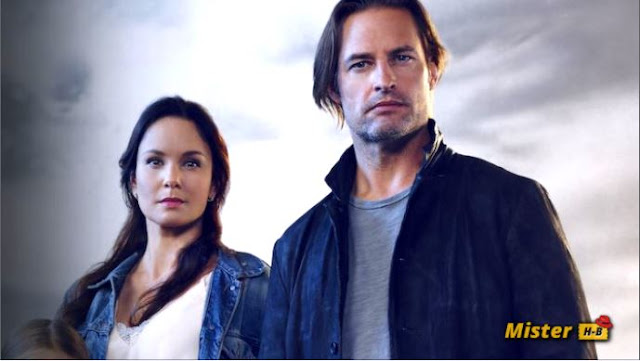 DISCOVER ALL THE NEWS ABOUT COLONY SEASON 4 ON NETFLIX! RELEASE DATE, RENEWAL, AND MORE…

The colony is available on Netflix! If you want to know all about the Season 4 release, read on! The futuristic series followed the Bowman family’s journey and their survival after a band of humanoid aliens sought refuge and took control of Earth following an attack by an even worse alien species.

Overall, the series is well crafted and shows that, even in the event of an alien invasion, it is “the foreign agents who instill fear and hide in humanity. Those who pit us against each other, often in pathetic and violent ways, are the most dangerous. If the occupation you witness in Colony reminds you of historical events, you are not wrong, as the Causes said the series was intended as a metaphor for France during the Nazi occupation. ”

The colony is one of those American series that portrays a dystopian storyline and includes elements of drama. It was designed by Carlton Cuse and Ryan J. Condal, the former being known to have directed Lost. After its recent release on Netflix, fans want to know if a Colony Season 4 will be released soon on the streaming platform!

WHAT IS THE RELEASE DATE FOR COLONY SEASON 4 ON NETFLIX?

The third season was released on Netflix on May 2, 2021. It featured 13 episodes of approximately 40 minutes! However, Colony Season 3 premiered on May 2, 2018. On July 21, 2018, USA Network announced that the series had been canceled. There have been many calls for Netflix and Amazon Prime to resume the series. Currently, there have been no renewal or cover announcements made for Colony Season 4

The report suggests that audience ratings may have played a role in the USA’s decision to end the series and not to. It began airing on Wednesday after airing on Thursday evening. Colony’s audience figures have fallen to an average of 1.3 million viewers. Which is a drop from its start to around 2.2 million viewers.

USA Network has not confirmed additional reasons for the series being discontinued. But the fans are not happy with this news. You get it, you won’t be seeing Colony Season 4 on Netflix right now, if any announcements are made we’ll keep you informed.

Well that sucks guys. Fancy leaving it there. What a disappointment.!!

They cancel some of the best shows ever by NOT KEEPING US UPTO DATE.
THIS WAS ONE OF NETFLIX BEST WATCHING SERIES..!!!
Why is it that a TV network can run a successful series for YEARS….yet Netflix can only manage 3 or 4 ?
Example: Breaking Bad, NCIS Vegas, Etc….

I just texted a 1.1 million reasons why fan base dropped, previewed it and off to ethernet it went without me being able to see it, same reason Season 4 won't be aired … not able to see dang aliens, come on Carl Cuse, write that in and you can continue w Season 4!

Their needs to be a Colony 4. Asap… I guess no one st USA or even All of Hollywood has the talent or the balls to finish what they started. Loosing entrust in my new Netflix account. Guess ill be canceling it soon if this is the was things are going to be run like a cartoon failure network. But Season 4 Colony might change my mind. Whos with me…

Business degrees… destroying good art since even b4 they were invented.

This website uses cookies to improve your experience while you navigate through the website. Out of these, the cookies that are categorized as necessary are stored on your browser as they are essential for the working of basic functionalities of the website. We also use third-party cookies that help us analyze and understand how you use this website. These cookies will be stored in your browser only with your consent. You also have the option to opt-out of these cookies. But opting out of some of these cookies may affect your browsing experience.
Necessary Always Enabled
Necessary cookies are absolutely essential for the website to function properly. These cookies ensure basic functionalities and security features of the website, anonymously.
Functional
Functional cookies help to perform certain functionalities like sharing the content of the website on social media platforms, collect feedbacks, and other third-party features.
Performance
Performance cookies are used to understand and analyze the key performance indexes of the website which helps in delivering a better user experience for the visitors.
Analytics
Analytical cookies are used to understand how visitors interact with the website. These cookies help provide information on metrics the number of visitors, bounce rate, traffic source, etc.
Advertisement
Advertisement cookies are used to provide visitors with relevant ads and marketing campaigns. These cookies track visitors across websites and collect information to provide customized ads.
Others
Other uncategorized cookies are those that are being analyzed and have not been classified into a category as yet.
SAVE & ACCEPT
wpDiscuz
8
0
Would love your thoughts, please comment.x
()
x
| Reply