Cruella 2: What release date? Is a sequel planned? 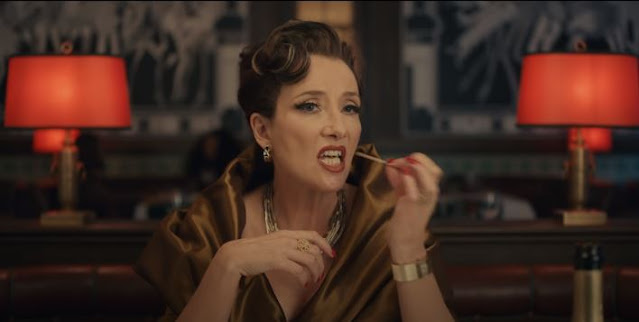 DISCOVER ALL THE NEWS CONCERNING CRUELLA 2 AT THE CINEMA! RELEASE DATE, RENEWAL, AND MORE.

Cruella is currently available in theaters! If you want to know everything about the release of Cruella 2, read on! If you have just completed Cruella and are dying to know the rest of the story of Cruella de Vil, you have come to the right place. For the full explanation of Cruella’s ending, read this.

More seriously, although Cruella is a prequel to the animated film One Hundred and One Dalmatians (1961) and the live-action film 101 Dalmatians (1996). This is also a sort of reboot of the franchise. After all, Emma Stone’s version of Cruella de Vil is a working-class punk-rock orphan who lived in London in the 1970s. She’s not exactly the sultry, old, rich, and evil, obsessed woman. fur coats, which you may remember from your childhood.

Also, the Cruella end credits scene implies that the dogs you love so much in 101 Dalmatians were Cruella’s gifts. She left them as an apology on Roger Dearly and Anita Darling’s doorstep. Here’s everything we know about the release of Cruella 2!

WHAT RELEASE DATE FOR CRUELLA 2?

Cruella was released in theaters in France on May 26. Cruella 2 has yet to receive the green light from Walt Disney Pictures. However, the favorable reviews Cruella has received are a good sign that audiences will be wanting more for Emma Stone’s version of the classic Disney villain.

Cruella certainly lays the groundwork for another film, and a mid-credits scene heralds the release of 101 Dalmatians. However, it will be interesting to see what parameters Disney uses to determine whether Cruella 2 will be made, given Cruella’s hybrid theatrical and concurrent release on Disney +.

Even though Cruella 2 is placed in active development in the coming months, a sequel wouldn’t release until 2023 at the earliest, taking into account how much time Disney would need to ramp up production and for the main cast to return. And this, if things move quickly for Cruella 2. We believe Cruella 2 has a good chance of returning but that its release date will not be set until 2023!

WHAT CAN WE EXPECT FROM THE CRUELLA SUITE?

The film has always been intended as the origin story of Cruella, but now that her character is established, the villain is just beginning. Cruella details how orphan Estella morphed into Cruella de Vil and supplanted Baroness von Hellman as the iconic fashion designer, but Cruella 2 can now show her taking over the fashion world while continuing his life as a notorious criminal.

Cruella 2 could do a 101 Dalmatians remake/reboot from Cruella’s perspective. He could also take the elements introduced in the first film and tell another original story about Cruella and his accomplices, which would reinforce Cruella’s hatred for the Dalmatians. Emma Stone and Emma Thompon also suggested the idea that Cruella 2 could take inspiration from The Godfather, Part 2, as a prequel/estate combining the Baroness’s origin and Cruella’s new adventure.