Cruella: Explanation of the end! Connection with 101 Dalmatians! 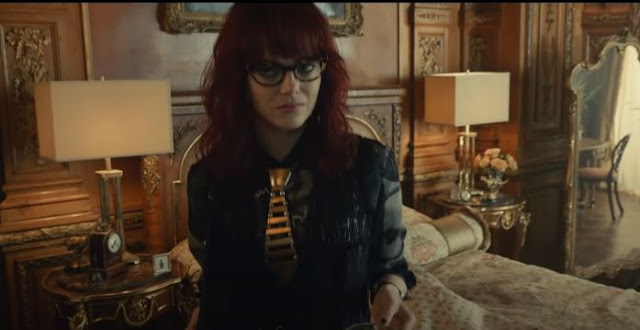 Cruella: Explanation of the end!

DISCOVER THE END OF THE CRUELLA EXPLANATION WITH EMMA STONE!

Cruella is currently available in theaters! If you want to know the explanation for the ending, read on! Would Emma Stone’s Cruella de Vil flay a dog? That’s the million-dollar question that still hangs over Disney’s demented but free-spirited Cruella. The film almost devilishly asks viewers to sit down with this idea every time Cruella glances at his kidnapped Dalmatians. If you want to know when Cruella 2 will be released, read this.

Her voiceover may insist that she doesn’t blame the Dalmatians for her mother’s death when they were called by Baroness Emma Thompson to push her off the top of a cliff. But Cruella also told himself in the film that they would make excellent coats. And at the end of Cruella, she sends two acquaintances the dogs that will become Pongo and Perdita of 101 Dalmatians. So does Emma Stone’s Cruella have dark thoughts in mind? We tell you all about the end of Cruella!

FROM ESTELLA TO CRUELLA

The ending of Cruella intentionally leaves things open, but let’s consider the actual resolution of the image. Throughout the film, Estella fights to be the woman that the mother who raised her, Catherine, wanted her to be: kind, patient and honest. Yet these virtues never get Estella very far, and in fact, leave her unsatisfied. That’s why she created the character of Cruella.

Cruella is meant to be an act. But the way Estella fidgets to suppress a smile when the Baroness, over lunch, asks her if she has “killer instinct” suggests that she is suppressing what she really is. “Cruella” may initially be a performative creation intended to deceive the Baroness, but in reality, Estella is deceiving herself. This is why the revelation she makes after learning that the Baroness is her mother is so satisfying.

The thirst for revenge pushes Cruella to the limit of sanity, which momentarily brings death to innocence and vulnerability. Hardened by the cruelties inflicted on her by life, Cruella treats everyone with the same cold and calculating disdain. Although she has killed the alter ego which represents kindness, Cruella seems to have embraced a gray area, never quite approaching the “bad guy” trope as we understand it in essence. 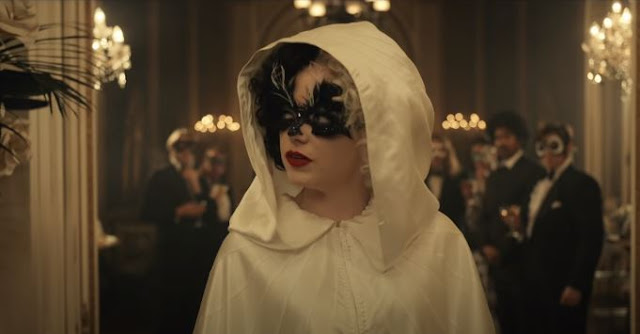 EXPLANATION OF THE END OF CRUELLA

The ending of Cruella shows us the Baroness who is convicted of murdering Estella and who is imprisoned for her crimes. While the baroness is exposed to the public eye. She is shown to have considerable influence due to her social stature. Will the Baroness really be brought to justice, or will she find a way to escape the justice system and implement her plan to eliminate Cruella?

In addition, there is also the question of Cruella’s motives, what she sees for herself, and the price she is willing to pay for it. Will she stay locked in the same toxic patterns and repeat her mother’s mistakes? This question is difficult to answer, as it is unclear whether she actually finds comfort in the company of those loyal to her, or whether she secretly views them as a means to her ends. While Cruella is portrayed as inherently good, dark embers often creep around the edges of her large kohl-smeared eyes, which may well be the inking that marks the beginning of the end.

A LINK WITH THE 101 DALMATIANS TO COME?

The scene in the middle of the credits of Cruella is an interesting setting for a possible sequel, namely the staging of the much-loved 101 Dalmatians. After inheriting the Baroness’s fortune as Cruella de Vil, and renaming the estate Hell Hall, Cruella is last seen creating her own fashion label and expanding her impact on the world of fashion. fashion.

Roger and Anita both receive puppies from Cruella, Dalmatians named Pongo and Perdita respectively. This fits perfectly with the arc of the two versions of 101 Dalmatians, in which Roger and Anita fall in love, and their dogs give birth to an unusually large litter of 15 puppies. These are the same puppies that Cruella is trying to bring together with 86 others to make a winter coat.

As Disney spends most of the film trying to position Cruella as a rebel figure with her heart in the right place rather than an outright villain, it turns out to be antithetical to setting up a premise in which she becomes a killer. of animals with the aim of making a fashion statement. As this feeling doesn’t quite match the evolution of Cruella’s character so far, it’s unclear in which direction her story will evolve.