Debris Season 2: what release date? Is a sequel planned? 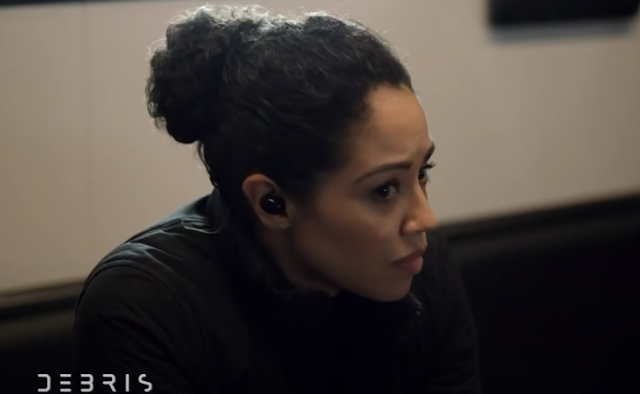 J. Michael Straczynski created the science fiction television series Debris. Wyman, H. It revolves around an international task force, led by CIA agent Bryan Beneventi and MI6 agent Finola Jones, investigating the mysterious debris that fell from a destroyed alien spacecraft on various parts of Earth. Each piece has the power to transform the lives of those who encounter it. But Bryan and Finola aren’t the only ones in search of the missing pieces.

Originally released in March 2021, the series has garnered a favorable response as it is developed around the age-old plot of the unknown. She was especially appreciated for her solid cast and fascinating characters. However, it has been criticized for the lack of novelty of its premises. Many viewers have admitted that the first season is getting off to a slow start, which could be a deliberate move.

But it’s hard to ignore that the series has gathered a passionate fanbase that is already clamoring for a Debris season 2. If you’re eagerly awaiting what the future holds for the series, you’ve come to the right place!

WHAT RELEASE DATE FOR DEBRIS SEASON 2?

The first season ended at the end of May with 13 episodes of approximately 40 minutes. Currently, no renewal announcements have been made for Debris Season 2! Due to the magnitude of Season 1, as well as the positive reviews, more episodes will most likely be produced.

NBC may eventually move the sci-fi series to its fall schedule, but it will likely be part of the spring schedule, especially since it has a shorter 13-episode season. Debris Season 2 release date should be set for February or March 2022!

The Debris season 1 finale is very intriguing, which can be confusing as to the premise of the new episodes. The main conclusion is that George cheated on Fiona and Bryan about his intentions. He reveals that he plotted with the terrorist group INFLUX and that he believes the debris will allow human intelligence to evolve. However, it is not known if George is being manipulated by Otto who appears to have inside information about the alien telesphere that was transported to Sedona.

In season 2 of Debris, Bryan will have to overcome physical and psychological problems after George’s betrayal. He is experiencing side effects from the injections he took after an event. And will likely be helped in one form or another by his boss, Maddox, who betrayed a Russian contact in order to use alien debris technology that could benefit his son’s health.

Season 2 of Debris will no doubt address the issue of a black figure appearing to George which implies that he is not in good sanity. Fiona is positioned as the heroine of Season 2, and the subplot about the clones will complicate her character arc. Season 1 of the sci-fi series establishes the main players and their motivations, and Debris Season 2 will therefore explore the intentions of the alien lifeform and the science behind their telesphere.