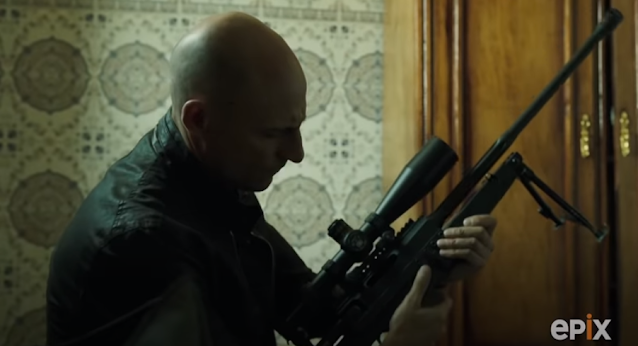 DISCOVER ALL THE DEEP STATE SEASON 3 INFO ON DISNEY PLUS! RELEASE DATE, RENEWAL.

Deep State is available on Disney Plus! Continue reading to find out when Season 3 will be published! Deep State centers on Max Easton, a former spy whose past comes back to haunt him when called to leave his new life in the Pyrenees by George White, leader of the secret MI6 / CIA team “The Section”. White persuades Max to return to the battlefield to revenge his estranged son Harry’s death.

But the stakes quickly rise when Max finds himself during a secret war of the Secret Service, immersed in a vast conspiracy to profit from the spread of chaos in the Middle East. Max enters a dangerous game as powerful companies demonstrate they are willing to go out of their way to protect their reputation and bury their secrets. With such a current of corruption, who can Max trust? And what must be done to find it out?

To find out, Max is going to have to throw himself again into the dangerous and brutal life he so desperately tried to leave behind. If you’ve completed the first two seasons then you want to know when Deep State Season 3 is coming out on Disney Plus, we’re telling you everything!

The first two seasons of Deep State arrived in late May 2021 on Disney Plus and aired in 2018 and 2019. Currently, no renewal announcements have been made for Season 3 of Deep State. At this time no cancellations have taken place, the series has simply been put on hiatus since the start of the pandemic. Currently, we don’t know if Season 3 will return to our screens. If so, the Deep State Season 3 release date should be set for 2022 on Disney Plus!

HOW HAS THE PREVIOUS SEASON ENDED?

At the end of Season 2, Harry is considered a CIA black site in the United States. He then refuses to speak to Amanda Jones. During this time, Senator Meaghan Sullivan continued to forge links between Kingsley, Seracom, and the residents involved in the illegal arms smuggling. Finally, his investigation affects his personal life, and the connection with the Deep State is demonstrated. But Miller was not available to testify. After a while, Jones sacrifices himself and pays a heavy price for his freedom.

In return, she promises to help Harry out of the black site. Leyla arrives in the United States with Harry. Aminata Sissoko is chosen as the new Prime Minister of Mali and Aicha as a personal assistant. Sissoko’s new government strikes a deal with an Australian company. Deep State Season 3 if it arrives will continue this story.