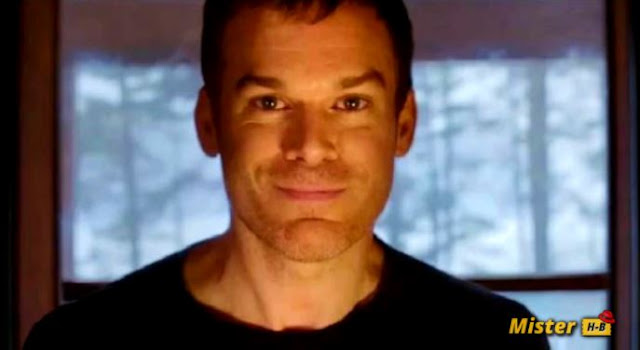 Dexter is available on Canal + in streaming! If you want to know when Season 9 will be released, read on! Dexter will officially retire at the end of 2021. A trailer has been released for the 10-episode limited series and in doing so has confirmed that the revival will air this fall. After Dexter’s disastrous finale that left fans embittered towards a series that was once highly regarded.

The return of the anti-hero gives fans hope that these mistakes can be rectified. Original showrunner Clyde Phillips is on board for the revival after leaving the series in season four. Which suggests a return to the sources of the series. Hall is the only member of the original cast to reprise his role, but the series has added a few new faces that Dexter will have fun with within the new season.

Clancy Brown will be Dexter’s primary antagonist, while Jamie Chung will play the role of a podcast specializing in real-life crimes. A brief teaser hinted that the series will be set in snow, Dexter having left Miami and Oregon to settle in upstate New York. We tell you all about the release of Season 9 of Dexter in France!

WHAT IS THE RELEASE DATE FOR SEASON 9 OF DEXTER ON CANAL +?

Dexter Season 8 was released in June 2013 and ended in September 2013 on Canal +. It consisted of 12 episodes of approximately 50 minutes. On October 14, 2020, Dexter was renewed for Season 9. Production for Dexter Season 9 began in early February 2021. The trailer did not give an exact release date, it only revealed the first episodes. would arrive in fall 2021.

With the pandemic surely still playing tricks on us, a November 2021 release date for Dexter Season 9 Episode 1 on Canal + seems very likely!

At the end of Season 8, Debra dies of complications from a gunshot wound. You may remember Dexter had to unplug Debra after she was declared brain dead. He then takes Debra’s body to the sea. And after throwing her mortal remains in the water, he sails towards a hurricane. What looks like suicide turns out to be a ploy to fake his death. In the closing moments of season eight, we see Dexter in Oregon. He takes on a new identity and works for a lumber company.

Although Dexter Season 9 appears to be quite different in terms of location. It’s clear Dexter is still the serial killer fans have come to know and love. It remains to be seen how much he has changed personally in the ten years since the original series ended. But it is clear that he will feed the dark passenger who lives in him. The addition of Chung as a podcast specializing in real crimes is interesting. And seems to indicate that she could end up in Dexter’s sights at some point in this Season 9.