Dying Light 2 out in December on PS5, Xbox Series, and PC 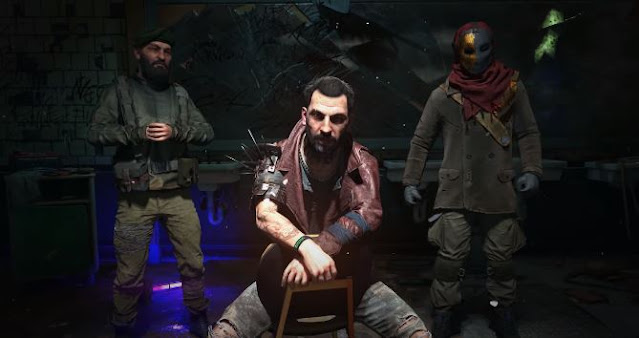 Dying Light 2 out in December on PS5

Players of Techland’s first opus, Dying Light, will finally be able to mark a date on their agenda. Techland has announced the release date of Dying Light 2 Stay Human on PS5, PS4, Xbox, and PC for December 27, 2021. The announcement was accompanied by a slew of new screenshots and videos, and there is has something to make your mouth water.

Dying Light 2 Stay Human is coming to the new consoles, and it promises to be heavy!

As a reminder, the first installment of the Dying Light franchise was released on January 27, 2015, on PS4, Xbox One, and PC. Fans of the first opus have been eagerly awaiting the sequel for five long years. Techland’s game has been acclaimed and awarded many times at events dedicated to video games. It is therefore with great anticipation and joy that the developer announced the release date followed by the trailer for Dying Light 2 Stay Human.

The IGN outlet also reported that Techland took the opportunity to state that “the players will take control of Aiden Cauldwell, a survivor trying to piece together his past. Three factions are vying for power over the remnants of civilization. Aiden can help you define your plot by working for or against each of these factions. But at night, the three factions are at the mercy of the zombies. ”

Everything that made the fame of the first opus will once again be available on Dying Light 2 Stay Human. You will be able to find movement movements, parkour, as well as gameplay elements such as day and night cycles. Interacting with all three factions will be a staple of the game, there will be several non-player characters on the map, with the ability to interact with them – an ally, or not.

Techland also clarified that people who have never touched the first game will be able to immerse themselves in Dying Light 2 Stay Human without any worries. The developer also clarified that a collector’s pack will be released with the first opus, its DLCs as well as the new opus – with pre-order bonuses. The game is gold and already available for pre-order on the Techland website.