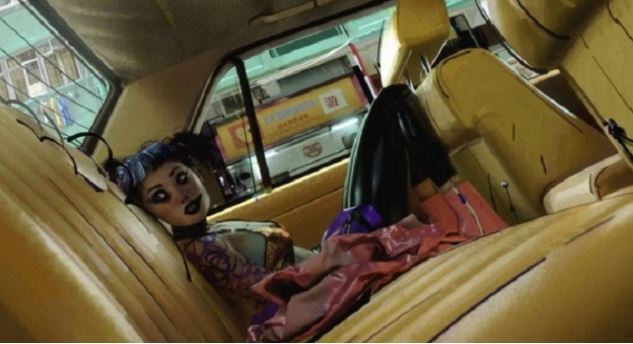 CHECK OUT THE END OF THREE LOVE DEATH + ROBOTS ROBOTS EXPLANATION ON NETFLIX!

Love Death + Robots is available on Netflix! If you want to know all the explanations at the end of Episode 1 of Season 1, read on! A trio of robots takes a trip to an abandoned post-apocalyptic city. With the human race having perished many years ago, the robots are seemingly bewildered by the world left behind. They are confused by the bullets, their robot ancestors, and the cats that remain. Before continuing, Now discover the explanation of the end of “The Three Robots”!

Episode Three Robots is one of the happiest tracks from Love, Death & Robots. A Wall-E-inspired walk through a post-apocalyptic city featuring a trio of androids. The three men chat and laugh at each other as they talk about the bizarre behaviors of the now-extinct human race, the bodies littering the streets, and the technology lying under layers of dust.

The cute getaway gets darker when the cat they befriended reveals, in perfect English, that after humans genetically engineered opposable thumbs to cats, domestic felines have taken over. , which implies that humanity died fighting them. As well as the irreparable side effects of climate change. “Rather heartless,” retorts one of the robots.

As Xbot 4000 begins to understand why mankind perished. “Little bot” also brings up the fact that we’ve genetically engineered cats to have opposable thumbs. That’s when the adorable cat that followed them everywhere suddenly starts talking and grimly declares that “Yes, once we can open our own can of tuna, that was about it for the human race.” The cat then asks to be petted by the “little robot” forever and he even brought some friends.

What is not explained is the robot’s lack of knowledge about the human world and the origin of the trio. Two of the three robots are confirmed to descend from different technological elements. Little Bot is a descendant of baby monitors and Xbot 4000 is the 4000th generation of the Xbox game console. According to the voice of the last robot, “she” could be a descendant of the Alexa models. Xbox has a self-destruct sequence, so if he ever wanted to take down the cat owners, he could easily do so …