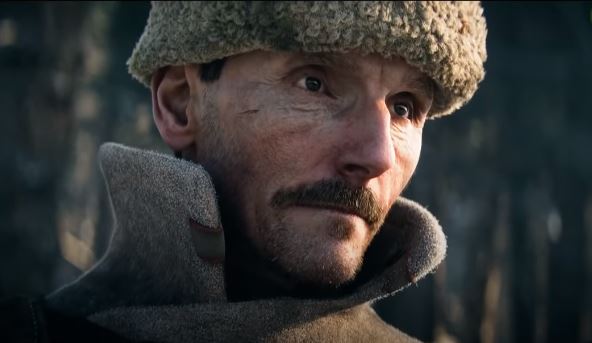 FIND THE EXPLANATION OF THE END OF LOVE DEATH + ROBOTS WITNESS ON NETFLIX!

Love Death + Robots is available on Netflix! If you want to know all the explanations at the end of Episode 8 of Season 1, read on! After witnessing the murder in the apartments from across her hotel, Zawora runs away in panic as the killer notices her as a witness. A cat-and-mouse game begins as Zawora runs for his life in a futuristic and eerie Chinese cityscape. Before continuing, if you would like to find out the explanation for the episode “The Three Robots” click here. Check out the explanation for the ending of Episode 8 of Love Death + Robots!

This Ghost in the Shell-inspired short is one of the most technically impressive episodes of Love, Death & Robots. The 3D animation is somewhere between bold and eerie, giving the whole a heightened sense of realism, reinforced by the presence of spits and breaths on the screen at times. A woman flees after witnessing a murder in an apartment across from hers.

The murderer, who is troubled by the fact that his witness looks exactly like his victim, sets off in pursuit of him in search of answers. She drags him into an illicit sex shop where she obtains a gun. He continues to chase after him until they return to his apartment. She kills him, then looks out the window to see that an exact clone of him has now witnessed what she has done, a never-ending stream of clones of the man. and a woman caught in a sort of loop. Except that they seem to change places every time.

Overall, the ending of Episode 8 of Love Death & Robots strongly implies that the duo is in an endless cat and mouse loop. Therefore, the implications are that the Zawora lookalike who was assassinated at the beginning had in fact tried to kill “The Man”. So the reason he pursued her was not to silence her but to really explain the whole misunderstanding. In the end, Zamora wouldn’t listen and the cycle continued. This implies that Zawora will chase the Man lookalike only to be killed herself and repeat the cycle.